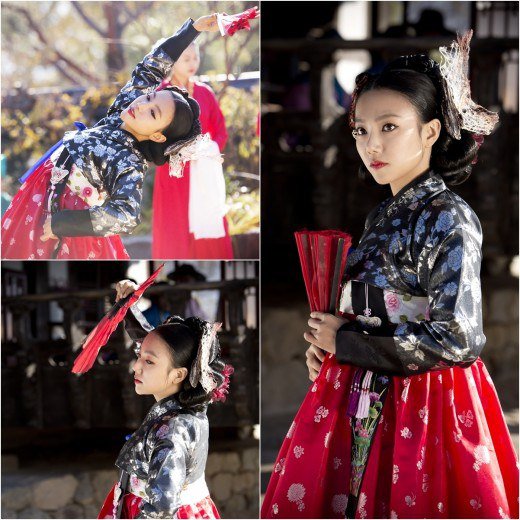 Lee Chae-young mesmerizes those watching "Maids" with her beautiful and sexy fan dance.

Her role of Ga Hee-ah is one of the most beautiful gisaeng in the Joseon which entices the males. With a fan in one hand, Lee Chae-young dances elegantly and gracefully.

Ga Hee-ah maintains a secret relationship with her ministers and has influence in the state of affairs.

Lee Chae-young put in a lot of effort practicing the dance 3 hours every day. She learned quickly and put her passion into the dance.

Even when the cameras weren't rolling, she was seen practicing and asking the director and her dance teacher about her moves. Apparently, she tried very hard to understand her character.

Meanwhile, "Maids" is a love story between young men and women who stand and fight against the law and order of class and status. The first episode can be seen on the 12th at 9:45PM on JTBC.

""Maids" Lee Chae-young mesmerizes with her dance"
by HanCinema is licensed under a Creative Commons Attribution-Share Alike 3.0 Unported License.
Based on a work from this source