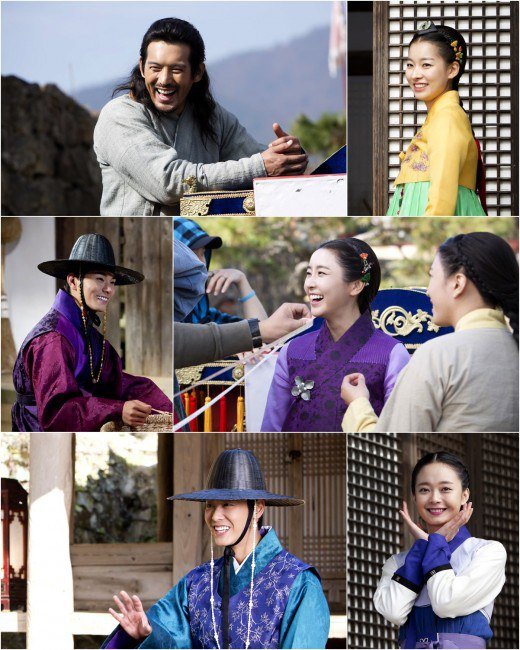 Laughter never ends on the filming set of "Maids".

JTBC revealed behind-the-scene stills of "Maids", which is the third Joseon historical drama following after "Queen Insoo" and "Cruel Palace - War of Flowers".

Pictures show Oh Ji-ho, Jung Yoo-mi, Kim Dong-wook, Lee Shi-ah, Lee Yi-kyung, Jeon So-min and others who will be leading the story. They are all laughing merrily.

The drama takes place in various places including the city and the outskirts. The cast is showing off amazing teamwork and laughter never seems to end. However, when the camera starts rolling everyone puts their game faces back on and gets serious into work.

Apparently there are many emotional scenes in the drama and they require high concentration but the cast have no trouble at all. They are all so greatly affectionate about the drama and are doing their best.

Meanwhile, "Maids" is a love story between young men and women in a time of class and status. The first episode can be seen on the 12th of December at 9:45PM.

""Maids" Oh Ji-ho, Jung Yoo-mi and Kim Dong-wook"
by HanCinema is licensed under a Creative Commons Attribution-Share Alike 3.0 Unported License.
Based on a work from this source