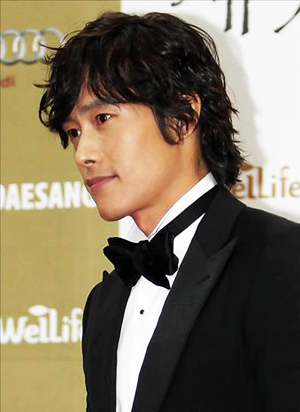 People in the entertainment business have begun activities to help Japan while they have had to cancel their schedules in Japan.

As the massive quake that hit the northeast Japan caused heavy casualties, many people in the entertainment business including Hallyu stars are offering heartfelt condolences and consolation one after another. In addition, aid groups have begun activities to donate profits to the victims from the major earthquake by holding events such as the "Rock Festival", which will be held in front of the Hongik University. The host of the festival revealed that they would donate the entire profits from the event to the earthquake victims. Hallyu star Ryu Si-won, who is holding activities in Japan, talked to a reporter from Yonhap News on the phone on March 14, and said, "My heart sank when I watched the huge damage through TV. I was sad as if it had happened to my own family. I am writing letters to console my fans in Japan. I am discussing with my agency to find a way to help those with whatever method I can, including donations". Another Hallyu star, Lee Byung-hun, wrote on his official webpage on March 13 to cheer up people in Japan, saying, "Now I have only a few words that I can give to you, but I am writing this to give you a little bit of courage and my condolences to you who are in the midst of great sorrow in this harsh situation. Natural disasters always come regardless of our will, but I think that overcoming these unhappy situations completely depends on our strong will and power. I will pray that no more bad news comes".

In addition, many stars posted consoling messages on their Twitter accounts. Kim Jun Su from the group JYJ, who had visited Japan for a poster shoot and came back very early the very next day after the quake on March 12, said, "Japan is our neighboring country, so their sorrows are the same as our sorrows. Why don't we pray for them with one mind". Park Shin-yang wrote both in Japanese and English, "I cannot believe this kind of disaster happened to our friends in Japan. I am delivering my deepest condolences to the earthquake victims". Singer BoA also wrote in English, saying, "I heard the news about the big earthquake in Japan, and that Tokyo has been damaged a lot by the quake. I will pray for everybody's safety and for Japan". Actor Park Joong-hoon, who had appeared in the movie "Haeundae", which is about a Tsunami, also wrote on his Twitter account, "The big earthquake that hit Japan strongly was much worse than the one that happened in the movie. I hope that people in Japan can overcome this situation very well. My heart will always be with them. I pray for the victims". Singer Kim Jong Seo, whose family lives in Japan, said, "Fortunately, my family members in Japan are all safe. I thank my fans who had worried about my family. I hope that no more damage will occur in our neighboring country of Japan". Many other stars, including Ok Taecyeon from the group 2PM and Son Ji-hyun from the group 4Minute (who had participated in a Hallyu concert in Thailand), singer Yoon Do-hyun, and comedian Kim Mi-hwa delivered their worries about this disaster in Japan and sent heartfelt consolation to people in Japan. 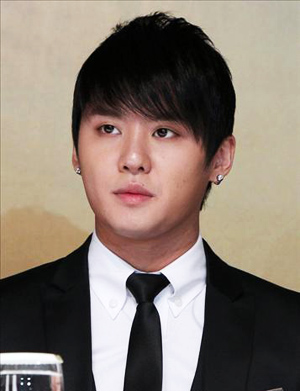 More activities to help Japan have been prepared. The rock festival entitled "ROCK DOG KOREA 2011", which will be held at the SEOUL HONGDAE V-HALL on March 19, has decided to donate the entire profits from the festival for earthquake victims in Japan. Japanese singer Taiji from the popular Japanese rock group X-Japan was supposed to appear in the festival as a guest singer, but his appearance has been canceled due to the aftermath of the quake. The host of the festival said, "Other singers except Taiji will participate in the festival as planned. We are planning to produce a large banner in which uplifting messages from the audience are printed and deliver it to Japan". Representative Hallyu stars such as Bae Yong-joon, Ryu Si-won, and Lee Byung-hun are reportedly drawing up measures to help Japan.

In addition, many events which had been scheduled in Japan have been canceled one after another. Singer and actor Kim Jeong-hoon from the group UN canceled a fan meeting event which was supposed to be held at Saitama Super Arena on March 14 and came back to Korea on March 13. Girl group 2NE1's debut appearance in Japan on March 11 also fell through.Kim Hyun-joong also canceled the event which had been planned to commemorate the airing of the drama "Mischievous Kiss" in Tokyo on March 13, and Ryu Soo-young postponed a fan meeting in Osaka on March 13. Actress Han Hyo-joo who visited Japan to hold promotional events in Japan for the drama "Dong Yi", urgently came back to Korea on March 12".KARA", which has been staying in Japan, was also supposed to appear on "Music Station" on Asahi TV on March 18 and in the event entitled "Universal Dream Live 2011", but their appearances have not yet been finally decided due to the quake. Plans to hold Jang Geun Seok's showcase with 20,000 fans in Tokyo on March 27 are also uncertain.

"Major Earthquake in Japan: 'No More Bad News'"
by HanCinema is licensed under a Creative Commons Attribution-Share Alike 3.0 Unported License.
Based on a work from this source