"Mama - Nothing to Fear" Song Yoon-ah, "There's no other Seo Ji-eun than Moon Jung-hee" 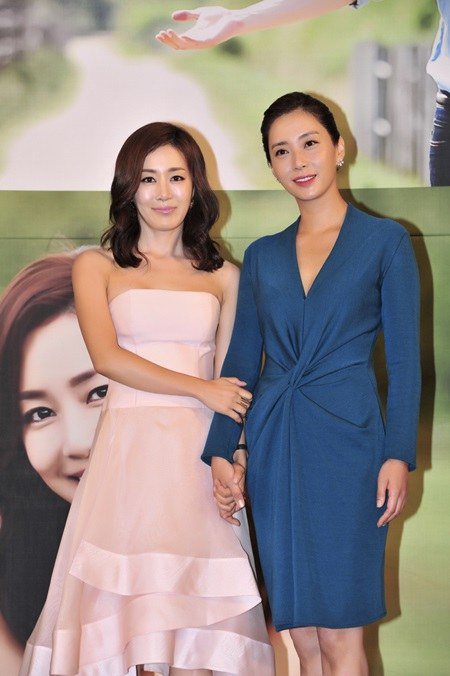 Actress Song Yoon-ah expressed her gratitude towards Moon Jung-hee who played Seo Ji-eun in the drama "Mama - Nothing to Fear".

During a media event day at a restaurant in Seoul, Song Yoon-ah said, "I was grateful to Moon Jung-hee throughout the making of the drama, but I only get to say that now. I couldn't think of anyone else in her position to play Seo Ji-eun".

Song Yoon-ah said, "Moon Jung-hee recently watched the movie "Cart" and kept talking about me. However, I haven't had a chance to mention her in public events. I want her to know now".

Song Yoon-ah and Moon Jung-hee were unimaginable friends in the drama. Han Seung-hee (Song Yoon-ah) who hadn't much to live, became friends with Seo Ji-eun (Moon Jung-hee), the wife of her former lover Moon Tae-joo (Jung Joon-ho), to make a family for her only son.

Song Yoon-ah had appeared in a drama for the first time after 6 years. The drama recorded percentages in the 20s and is being mentioned as a likely candidate for the MBC Drama Awards Grand Prize.

""Mama - Nothing to Fear" Song Yoon-ah, "There's no other Seo Ji-eun than Moon Jung-hee""
by HanCinema is licensed under a Creative Commons Attribution-Share Alike 3.0 Unported License.
Based on a work from this source