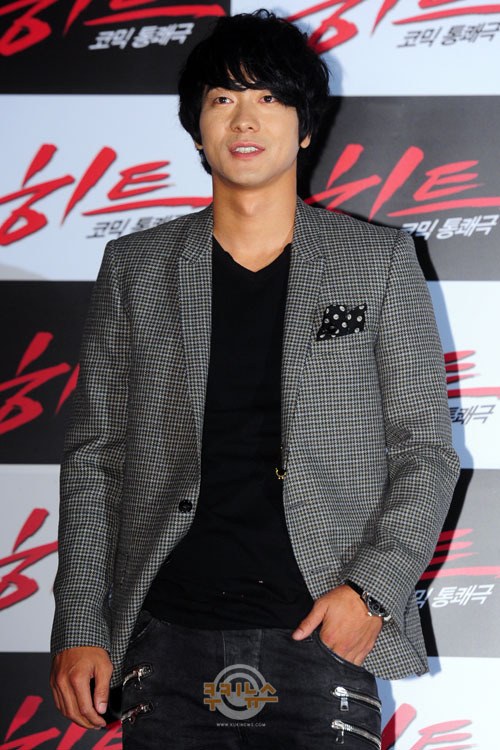 Actor and entertainer Marco has been charged for abuse.

Quoting the police, a media reported, "Marco has been charged for abusing his wife Ahn Si-hyeon".

According to this, Marco and his wife were quarreling over childcare and Marco became aggressive. Ahn Si-hyeon called the police right away and Marco was arrested on the spot. He returned home after being investigated.

The questioning took about 5 hours and it seems like Ahn Si-hyeon is not cancelling her wish to have him punished. The exact intensity of the abuse hasn't been revealed.

Meanwhile, Marco and Ahn Si-hyeon got married in 2011 and had a child in May that year. Marco debuted with the 2007 movie "Love Exposure" and starred in "Air City", "Searching for the Elephant", "Dream - Drama" and other programs like "Undefeated Saturday", "Amazing Adventures" and more.

"Marco, charged for abusing wife"
by HanCinema is licensed under a Creative Commons Attribution-Share Alike 3.0 Unported License.
Based on a work from this source