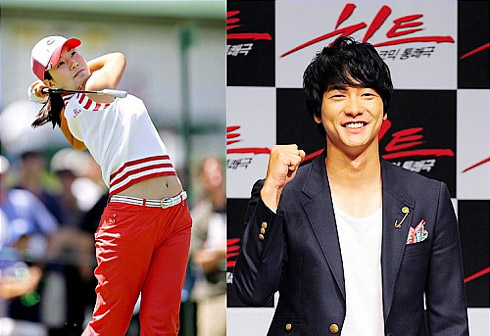 The couple made headlines earlier this month by acknowledging that they were an item and have apparently set a November wedding date and received the blessings of their parents.

Marco, who was born and raised in Argentina, made his acting debut in the TV drama "Air City" and appeared in other programs such as the reality show "We Got Married" as the on-air husband of singer and dancer Son Dam-bi. He also appears in the movie "HIT", which is due to be released soon.