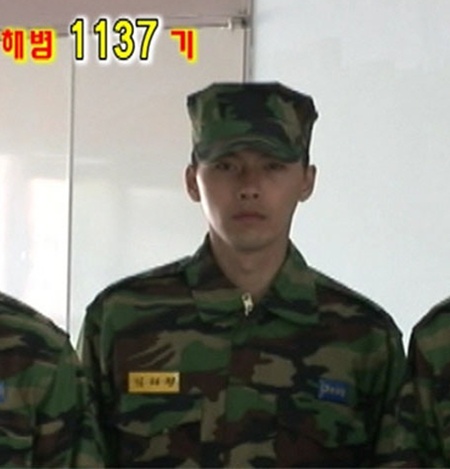 On the 25th of March, video messages from the class of 1127 rookie soldiers came up on the Marines official homepage. A representative is reciting and other soldiers are just showing their faces in the back.

Hyun Bin isn't even blinking and is disciplined, standing straight and tall. He was shown slightly for a while in the video just like the other soldiers.

Having been 2 weeks since joining the army, the Marines' are showing their parents how they are becoming an actual Marine through the video messages. The first platoon where Hyun Bin is had an explosive number of hits and proved his existing popularity.

"Marine Hyun Bin, video message"
by HanCinema is licensed under a Creative Commons Attribution-Share Alike 3.0 Unported License.
Based on a work from this source