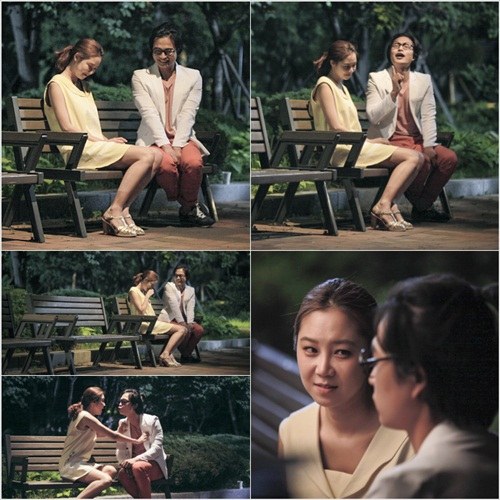 Gong Hyo-jin takes on the role of Tae Gong-sil, a woman who sees ghosts and isn't able to get used to reality in the new SBS drama "Master's Sun".

Gong Hyo-jin is back with a drama for the first time in 2 years and showed what professionalism is all about by going over her script and monitoring herself all the time.

Her kissing partner is comedian Lee Sung-woo. She spoke with him before the shoot and got to know each other to relieve the tension.

The production of this drama claims, "Gong Hyo-jin is an appealing actress who isn't satisfied with herself and always attempting at something new". To be aired for the first time on the 31st.

""Master's Sun" Gong Hyo-jin in a kiss scene"
by HanCinema is licensed under a Creative Commons Attribution-Share Alike 3.0 Unported License.
Based on a work from this source