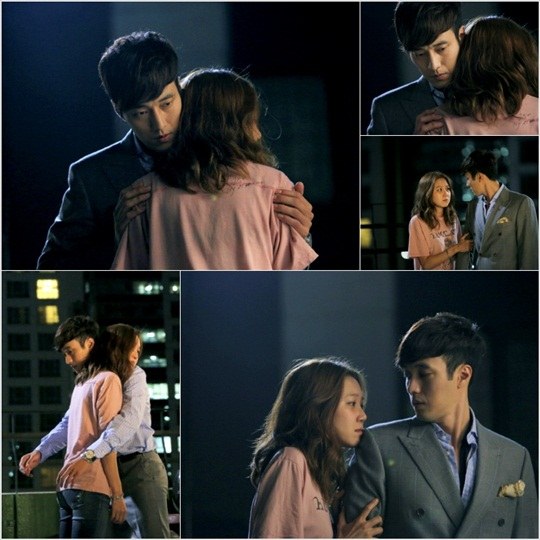 Actor So Ji-sub and actress Gong Hyo-jin hugged on the rooftop.

This scene is where Joo Joong-won (So Ji-sub) goes to Tae Gong-sil's (Gong Hyo-jin) house on the rooftop to see who she is. Gong-sil is in a very sensitive situation where she couldn't sleep a few nights because of the ghosts she can see and runs into his arms.

This scene was taken on a rooftop house in Seoul last month and the two leading character seemed comfortable with each other as they had gotten close over a month of shooting.

The production claims that the two of them create a great synergy effect.

Meanwhile, "Master's Sun" is about a cheap and arrogant man meeting a woman who sees ghosts. It is written by the Hong Sisters and directed by Jin Hyeok. To be aired next month.

""Master's Sun" So Ji-sub and Gong Hyo-jin"
by HanCinema is licensed under a Creative Commons Attribution-Share Alike 3.0 Unported License.
Based on a work from this source