"Master's Sun" So Ji-sub is chic and proud 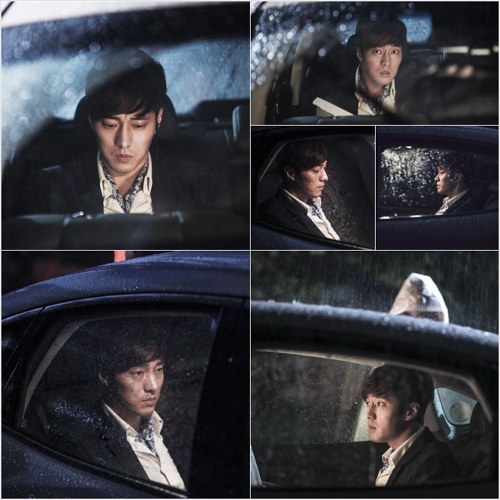 So Ji-sub takes on the role of Joo Joong-won, a director of his own company who is so tightfisted in money that he puts a price tag on everyone he knows.

So Ji-sub had a small prep talk with producer Jin Hyeok before the camera started rolling and monitored his scenes whenever he got the chance. A big water tank was needed at the scene on this day to create a stormy scene. So Ji-sub still managed to act out the cold and sensitive character in the pouring rain.

Apparently, he has been analyzing his character ever since the first day and has earned faith. All his efforts come to life when he stands in front of the camera.

So Ji-sub's "Master's Sun" is about a cold-hearted man and a woman who has the ability to see ghosts. The cast includes, So Ji-sub, Gong Hyo-jin, Seo In-guk, Kim Yoo-ri and more. To be aired on the 31st if this month after "I Hear Your Voice".

""Master's Sun" So Ji-sub is chic and proud"
by HanCinema is licensed under a Creative Commons Attribution-Share Alike 3.0 Unported License.
Based on a work from this source