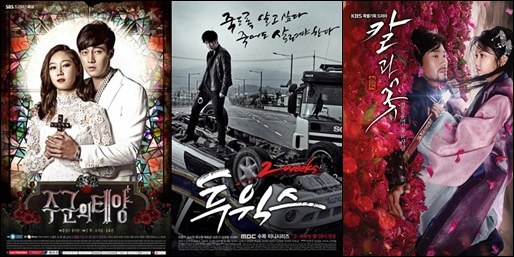 According to Nielson Korea, SBS drama "Master's Sun" on the 8th rated 14.4%. This is 0.8% more than the previous episode.

MBC "Two Weeks" rated 8.0% which is 0.5% more than the first episode. Both of them increased in percentage but "Master's Sun" increased more and created a gap.

KBS 2TV "Sword and Flower" also increased by 0.2% and rated 6.5%. It's the last but still constantly going up.

""Master's Sun" takes the lead"
by HanCinema is licensed under a Creative Commons Attribution-Share Alike 3.0 Unported License.
Based on a work from this source