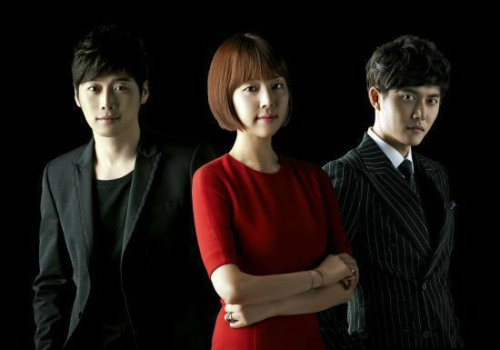 MBC weekend drama "May Queen" rated its best record so far and created a gap with SBS "Five Fingers".

According to AGB Nielsen Media Research on the 17th, "May Queen" rated 17.7%. This is 0.9% more than the previous episode.

On the other hand, "Five Fingers" fell 1.2% and rated 9.2%. The two dramas started at the same time and competed with similar viewing rates but the official appearance of the grown up cast led to "May Queen"s victory.

Cheon Hae-joo went to meet her boyfriend Park Chang-hee's (Jae Hee) father was told to get out of his sight.

""May Queen" breaks own record, beats "Five Fingers""
by HanCinema is licensed under a Creative Commons Attribution-Share Alike 3.0 Unported License.
Based on a work from this source