Maya Cast in a TV Drama 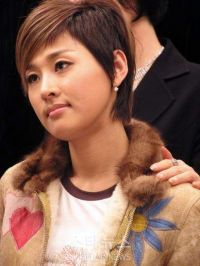 Powerful rock singer Maya is returning to the small screen three years after her last appearance on TV. She has been cast in an unnamed weekend series scheduled to air in July.

The new drama will be directed by Hong Chang-wook, who had worked with her previously in "Magic". Maya is said to be playing a character, who is very outgoing and generous, but has a pathological dislike for men. She hasn't received the detailed synopsis yet, but is determined to do her best and looking forward to joining other cast members soon.