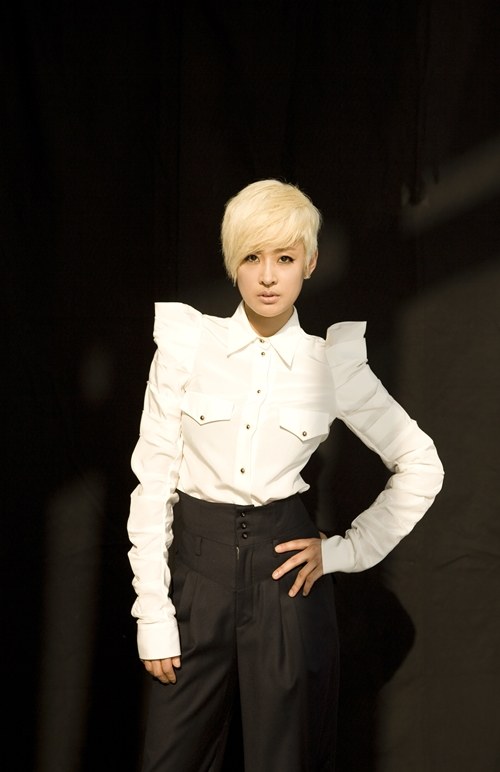 Singer Maya is now a character who will cool down the summer.

Maya made her first appearance in the SBS drama "Ugly Alert" as a freak designer named In-joo. She is a charismatic but freaky and left a strong first impression on the viewers.

In-joo is a genius designer who has her own Paris Collection but her freaky personality makes it impossible for her to live a normal social life so she makes doll's clothes and sells them online.

Meanwhile, Maya has starred in "Bodyguard", "Magic", "The Great King's Dream" and more.

"Maya makes strong appearance in "Ugly Alert""
by HanCinema is licensed under a Creative Commons Attribution-Share Alike 3.0 Unported License.
Based on a work from this source