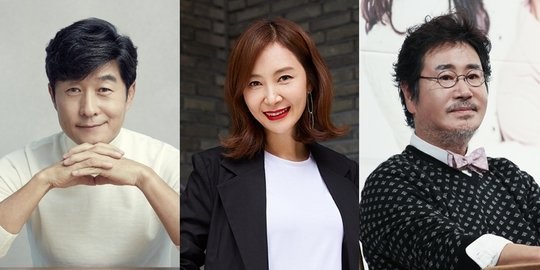 Kim Sang-joong, Chae Shi-ra and Yoo Dong-geun are starring in the new MBC drama "The Banker".

"The Banker" is based on a famous Japanese comic is an office drama that tells the story of people struggling to protect justice against corruption and unusual happenings at large banks where money and power are plentiful and coveted.

Expectations for "The Banker" are high as another Japanese remakes have done well this year.

"The Banker" stars legends in the Korean acting field.

Kim Sang-joong comes back for the first time in a year as Auditor Noh Dae-ho. Chae Shi-ra appears as his partner and a charismatic career woman. These two starred in the 1997 MBC drama "Illusion" and this is the first time in 22 years that they are starring in a drama together.

Yoo Dong-geun's appearance in "The Banker" heightens the anticipation as he is an actor of a variety of passionate performances, including warm paternal love and heart-warming middle-aged romance.

"MBC's "The Banker" to Star Kim Sang-joong, Chae Shi-ra, and Yoo Dong-geun"
by HanCinema is licensed under a Creative Commons Attribution-Share Alike 3.0 Unported License.
Based on a work from this source