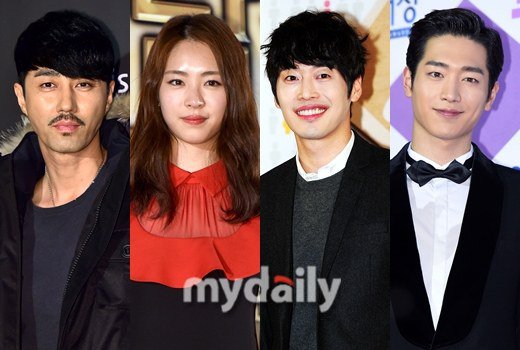 The line-up for the new MBC drama has been revealed.

Cha Seung-won stars in the drama as elegant but cold-blooded Gwang Hae. Gwang Hae trains himself without mercy within his father Seon Jo's jealousy and exclusion and rises to the throne.

Cha Seung-won is starring in his third historical but first historical drama. He said, "I am excited and the long period of having to film this drama gives me responsibility".

Lee Yeon-hee stars as a mysterious Princess Jeong Myeong. She goes through a drop in status because of Gwang Hae but she survives. She is a bold and adventurous character who enters herself into the heart of Gwang Hae's government. She says, "I hope everyone has a good time and hopefully we can repay back those who are supporting us".

Seo Kang-joon is Hong Joo-won, a man who falls in unfortunate love. He suffers between Princess Jeong Myeong who he shares feelings with and Gwang Hae who he shares political values with. Seo Kang-joon says, "I am honored to be in such a great drama. It's my first historical so I'm nervous but I know I can do it. I am happy to be in a different role and I hope to show my progress".

Han Joowan is Kang In-woo, a king maker who is abandoned by love. He is a passionate playboy who can't hide his feelings for Princess Jeong Myeong and conflicts with Hong Joo-won.

The production says, "It's an honor to have everyone gathered like this and hopefully we create something that can be left behind in Korean history".

"Splendid Politics" is an MBC historical drama about the human power during the Joseon times produced by Kim Sang-ho-I and written by Kim In-yeong. To be released in April.

"MBC "Splendid Politics" starring Cha Seung-won, Lee Yeon-hee and Kim Jae-won "
by HanCinema is licensed under a Creative Commons Attribution-Share Alike 3.0 Unported License.
Based on a work from this source