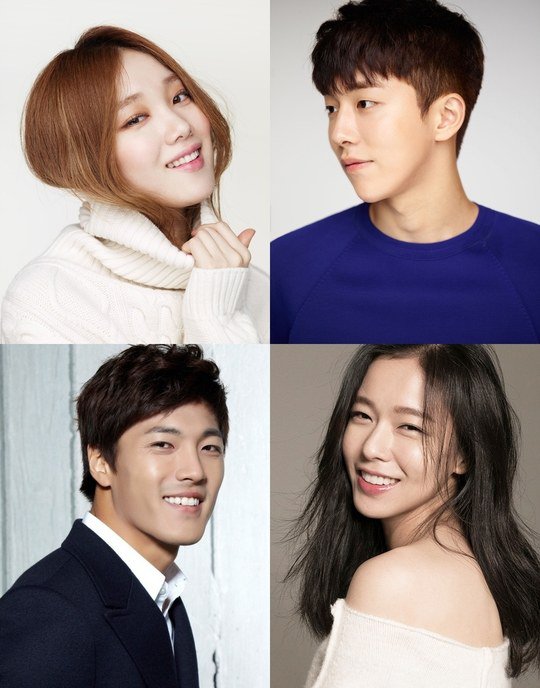 Lee Sung-kyung takes on the role of Kim Bok-joo. As a student in Hanwool College of Physical Education, Kim Bok-joo has shown strength like no other since she was a child as influenced by her former weight lifter father. She looks thoughtless at a first glance, but inside she's as fragile as glass and has deep recognition. Lee Sung-kyung has played the 'city girl' roles in "Cheese in the Trap" and "Doctors" so far and this transformation is bringing in plenty of expectations.

Nam Joo-hyuk takes on the role of Jeong Joon-hyeong, Kim Bok-joo's best friend. He is a born swimmer but ever since he was disqualified from his first international event, he suffers from 'start trauma'. Nam Joo-hyuk took on the role of Han Ian, a swimmer in the drama "Who Are You - School 2015" and is thought to be perfect for this role.

Kyung Soo-jin is Song Si-ho, a rhythm gymnast who also attends Hanwool College of Physical Education. She started gymnastics since she was 5 and won the Asian Games at the age of 18. She's always been the best since then but mental pressure caused her to break up with Jeong Joon-hyeong and regret it. In the drama she shares a room with Kim Bok-joo and is uncomfortable with their close relationship.

Lee Jae-yoon takes on the role of Jeong Joon-hyeong's cousin and Kim Bok-joo's Daddy Long Legs Jeong Jay. He is nice and gentle and is always smiley and nice to anyone. He swam as a child but became a obese specialist after getting hurt.