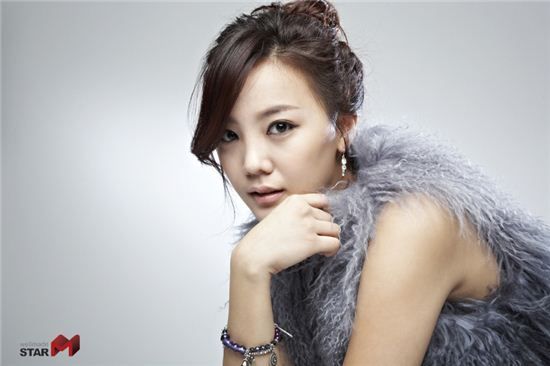 Actress Ko Eun-ah, also the older sister of boy band MBALQ member Mir, has apologized for getting into a fight at a bar over the weekend.

Through a message posted after Sunday midnight in the 'Diary' segment of her social networking website Cyworld homepage, Ko wrote she is "sorry for being unbecoming as a public figure" despite knowing it is her "duty to be understanding and resolve issues well".

She also thanked and apologized to those of her fans who have shown support and encouragement as well as those who have reprimanded her.

According to police, Ko had been drinking with an acquaintance early on Sunday when the two got into an argument with people sitting at the table next to her.

Ko had originally been booked on charges of assault but investigation revealed there was no physical scuffling involved. Both parties acknowledged they were mutually at fault and were dismissed on warning.

The actress, 21, made her screen debut through TV series "Drama City - Summer Goodbye" and has since appeared in several dramas and movies.

Her brother Mir, 19, is the rapper of the popular five-member band discovered and trained by Asian pop sensation Rain.