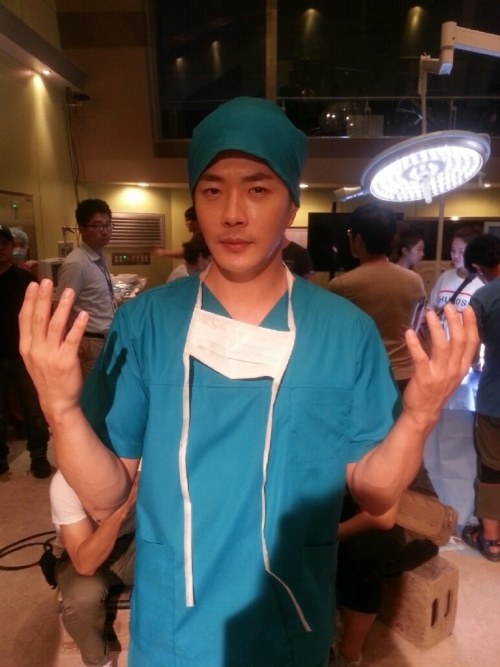 Behind cuts from the new MBC drama "Medical Top Team" were released.

kwon Sang-woo in the pictures shown has completely become a surgeon and ready to go in. This picture was taken by a staff on site and he looks tired but completely engrossed in the character. He also shows off his usual good looks and he looks alert even when he is on break.

kwon Sang-woo is being anticipated highly for his new look and image of Kim Tae-sin, a sentimental doctor.

"Medical Top Team" staff say, "He doesn't let go of the script from his hands. He doesn't show that he is tired but only does his best and helps to make the atmosphere seem lively".

Meanwhile, "Medical Top Team" is a medical drama about a team of the best doctors in the country struggling to make a miracle. kwon Sang-woo is a skilled but simple doctor named Park Tae-sin. This drama will be broadcasted on the 9th of this month.

""Medical Top Team" Kwon Sang-woo"
by HanCinema is licensed under a Creative Commons Attribution-Share Alike 3.0 Unported License.
Based on a work from this source