"Memories of the Alhambra" Lee Jae-wook Behind the Camera 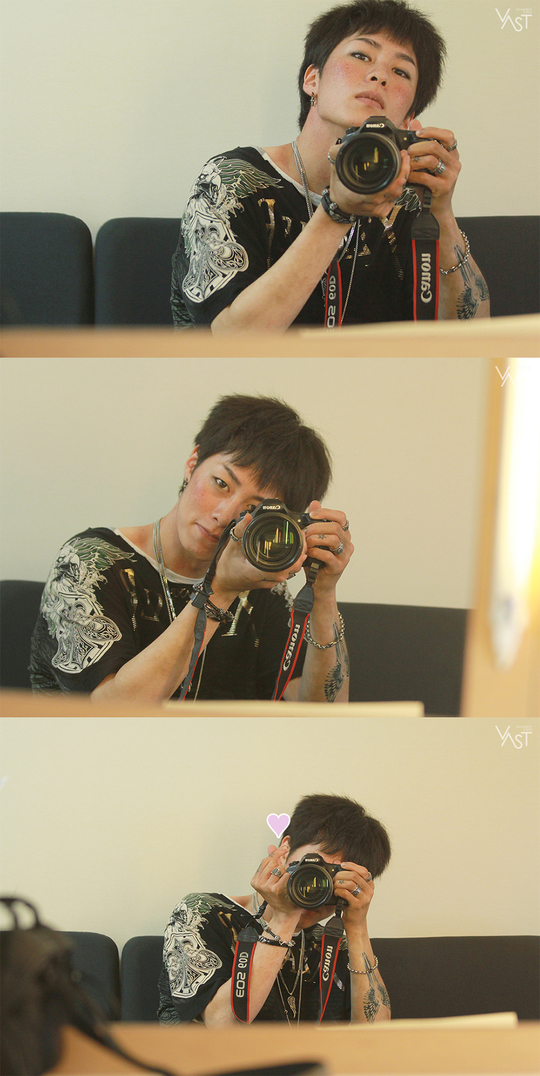 tvN drama actor Lee Jae-wook was spotted outside the camera.

Lee Jae-wook is currently taking on the role of Marco in the tvN drama "Memories of the Alhambra".

Lee Jae-wook is dressed as Marco and taking pictures of himself. He's making a heart with his hands and is putting on a completely different show from the character he plays in the drama.

Meanwhile, Lee Jae-wook is 187 centimeters tall and has a unique look that landed him a role in "Memories of the Alhambra", which is his debut drama. His debut has been successful so far and he's a rising star of the year 2019.

""Memories of the Alhambra" Lee Jae-wook Behind the Camera"
by HanCinema is licensed under a Creative Commons Attribution-Share Alike 3.0 Unported License.
Based on a work from this source