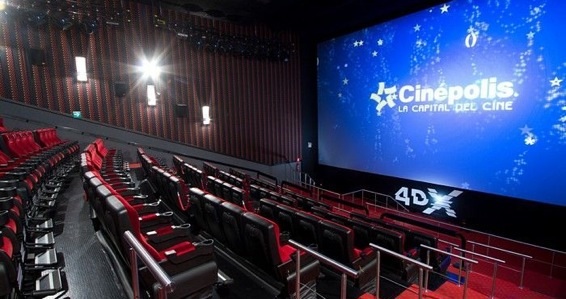 CJ 4DPLEX, the world's first 4D cinema company, announced that it will release the first K-pop concert film in Latin America - "SMTOWN The Stage" - at Cinepolis 4DX theaters in Mexico on April 7. The film captures different performances of the artist from management company SM Town.

The overwhelming scale and intense performance of "SMTOWN The Stage" combined with perfectly synchronized 4DX special effects and 3D images will ultimately deliver a whole new level of excitement to the audiences. With synchronized motion and the largest number of multisensory environmental 4D effects, 4DX takes the audience so deep into the concert documentary film that they feel like they are in the middle of the concert hall.

Among the scenes of "SMTOWN The Stage" include EXO where the rain of "Mama" performances will be felt by movie-goers, and the performance video of "EVERYBODY" by SHINee, during which the actual stage from the practice room can be felt in the realistic atmosphere of 4DX.

Through this first release, 4DX is getting one step closer to the K-pop music fans with a special entertainment format in Latin America.