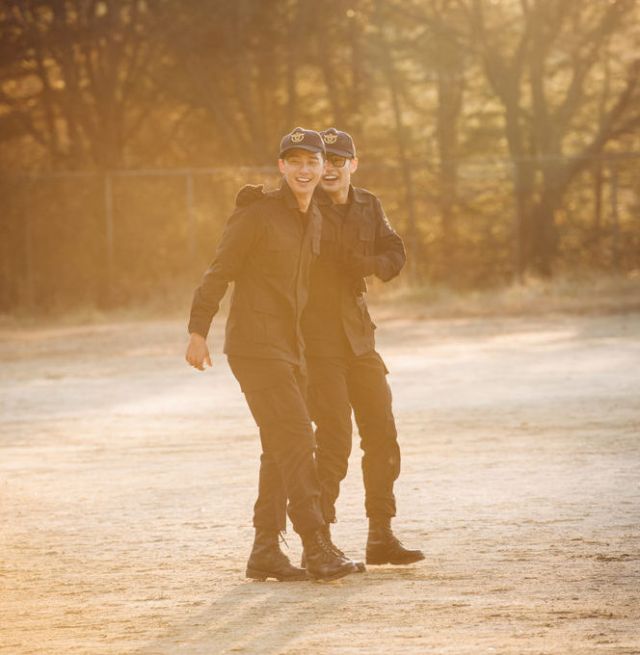 It's a triple treat for police comedy "Midnight Runners".

According to statistics released by the Korean Film Council, "Midnight Runners" exceeded 5 million admissions as of August 30th. What's more? The movie regained the number two slot and for the very first time, outpaces Korea's biggest hit of the year, "A Taxi Driver", which fell to third. The difference between the day's admissions of the two Korean movies is almost 8,000.

It is worth noting that the highly entertaining "Midnight Runners" that showcases the undeniable chemistry between the leads, Kang Ha-neul and Park Seo-joon, has been consistently in the top three since its release on August 9th. With this new development, will "Midnight Runners" have a chance to get the top spot in the coming days?

"Midnight Runners", which was helmed and written by director Kim Joo-hwan, revolves around two police cadets who investigate a complicated abduction that they witnessed one night. The movie is currently showing in Vietnam, Indonesia, the United States, and Canada. It will be released in Hong Kong, Australia, and New Zealand on August 31st.

""Midnight Runners" exceeds 5 million admissions, regains number 2 spot, and outpaces "A Taxi Driver""
by HanCinema is licensed under a Creative Commons Attribution-Share Alike 3.0 Unported License.
Based on a work from this source