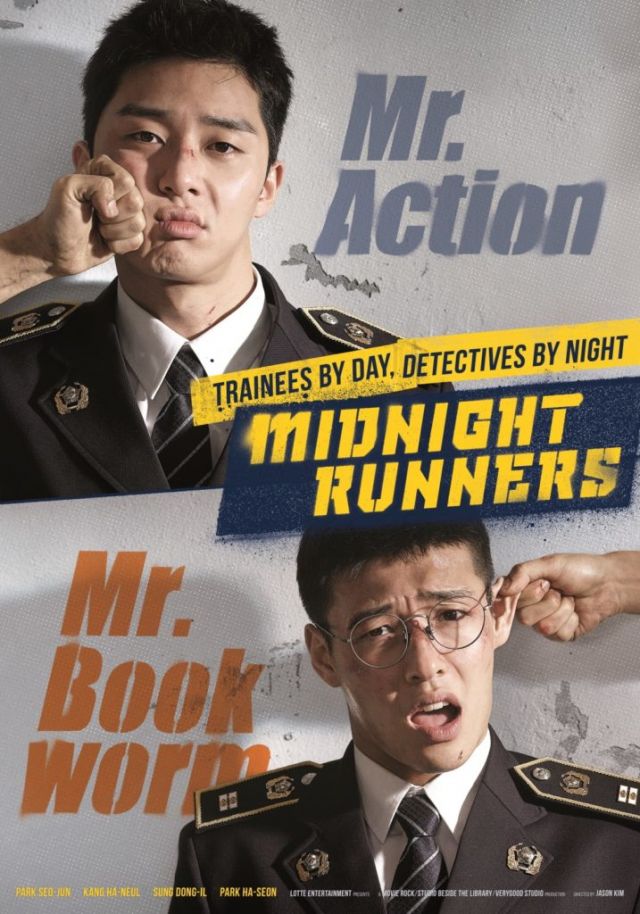 Lotte Entertainment's "Midnight Runners" will be released in Europe in September.

JBG Pictures, distributor of "Midnight Runners" in English-speaking countries (US, Canada, Australia and New Zealand) has confirmed the release of the police action comedy on September 1st in cinemas across the United Kingdom. The list of cinemas will be confirmed in the coming days. Theatrical release will be with Korean audio and English subtitles.

The fun and entertaining film premiered across South Korea on August 9th, and has exceeded 4 million admission within 13 days of its release.  The movie revolves around two police cadets (Kang Ha-neul and Park Seo-joon) who become best buddies during the tough training at the academy, as they take on  a complicated kidnapping case that they witnessed by chance.

"Midnight Runners" is currently showing in cinemas in Vietnam and Indonesia. It will roll out on August 25 in the United States and Canada , followed by Hong Kong, New Zealand and Australia on August 31st and Singapore in September 7. Screening in Japan, Malaysia, Philippines and Taiwan will take place before the end of the year.

""Midnight Runners" gets Europe release"
by HanCinema is licensed under a Creative Commons Attribution-Share Alike 3.0 Unported License.
Based on a work from this source