According to a representative from the movie's distributor, JBG Pictures Pty Ltd., the Kang Ha-neul – Park Seo-joon starrer will be be shown in the following Australian cities: Sydney, Melbourne, Brisbane, Perth, Adelaide, Canberra, Gold Coast, Cairns, Morayfield, Townsville and Darwin. Meanwhile, it will be screened in selected cinemas in Auckland and Christchurch in New Zealand.  The list of cinemas that will be showing the movies is expected to be announced this Friday, August 25th. The movie will be in theaters until September 13th, and is subject to extension depending on its performance at the local box office.

JBG Pictures said, "The exciting combination of the two leading actors who portray an exciting comedy and action scenes make the young audience to feel curious. We think this movie has a story that can attract viewers from English-speaking countries". 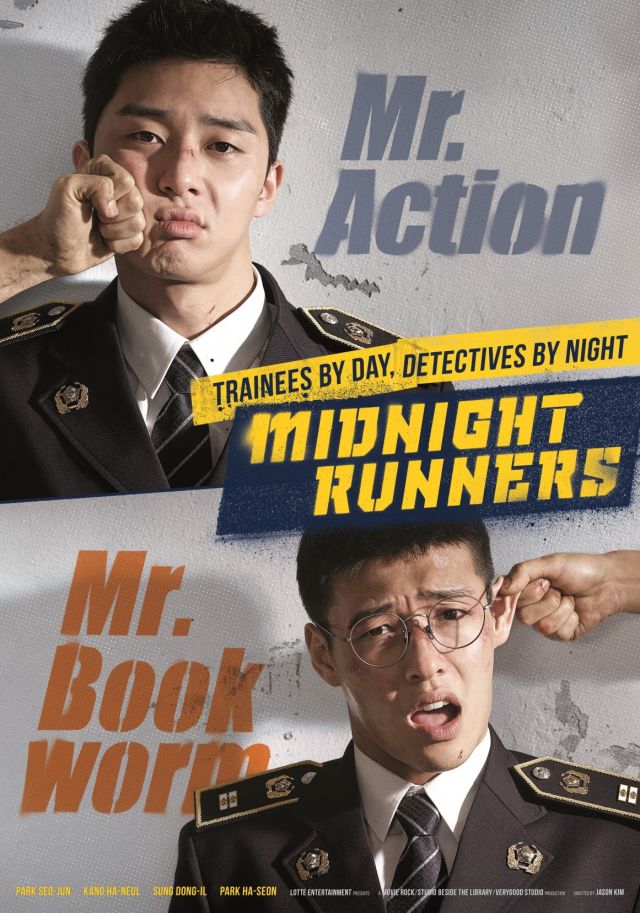 "Midnight Runners" centers on two police academy students, Hee-yeol "Mr Book Worm" (played by Kang Ha-neul) and Ki-joon "Mr. Action" (played by Park Seo-joon) as they launch an amateur investigation on an abduction that they witnessed one evening.  The movie is enjoying its popularity in local box office where it has exceeded 4 million admissions to date since its release in August 9th.

""Midnight Runners" screening confirmed in Australia and New Zealand"
by HanCinema is licensed under a Creative Commons Attribution-Share Alike 3.0 Unported License.
Based on a work from this source