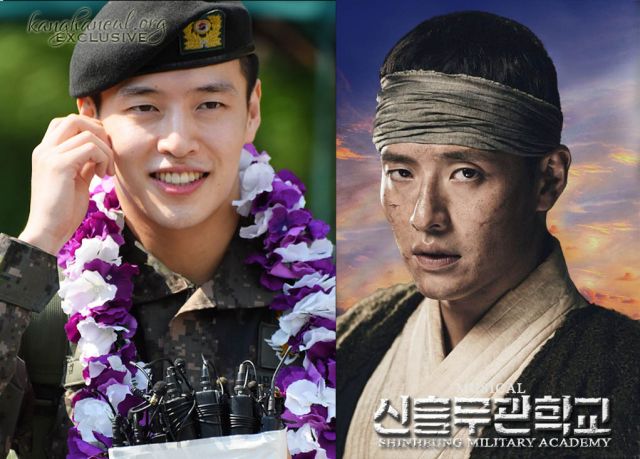 Kang Ha-neul first public appearance after completing military service is in army musical Shinheung Military Academy. This was confirmed by a representative of SEM Company, the actor's agency to kanghaneul.org.

As an enlisted soldier, the actor has been part of the production since it premiered in Seoul in September 2018. The final shows will take place from May 31 to June 1 in Chuncheon, Gangwon Province.

After 20 months, Kang Ha Neul was discharged from mandatory military service on May 23, 2019 at the Republic of Korea Army headquarters in Gyeryongdae, Gyeryong City, where he was part of the Military Police Support Corps.

In addition to the musical, the actor participated in various activities such as the commemorative ceremony of the founding of the Korean provisional government in March 2019, Arirang Hangil Concert in November 2018 and 63rd Memorial Day Ceremony in June 2018, among others. He was also an honorary ambassador of the Manpower Military Administration (MMA) together actor Ji Chang-wook and Kpop idol Kim Sung-kyu.

As his comeback project, actor will star alongside Gong Hyo-jin in KBS2 TV series "When the Camellia Blooms". Filming will commence in June for a September 2019 premiere.

"Military Musical Is Kang Ha-neul's First Public Appearance after Discharge"
by HanCinema is licensed under a Creative Commons Attribution-Share Alike 3.0 Unported License.
Based on a work from this source