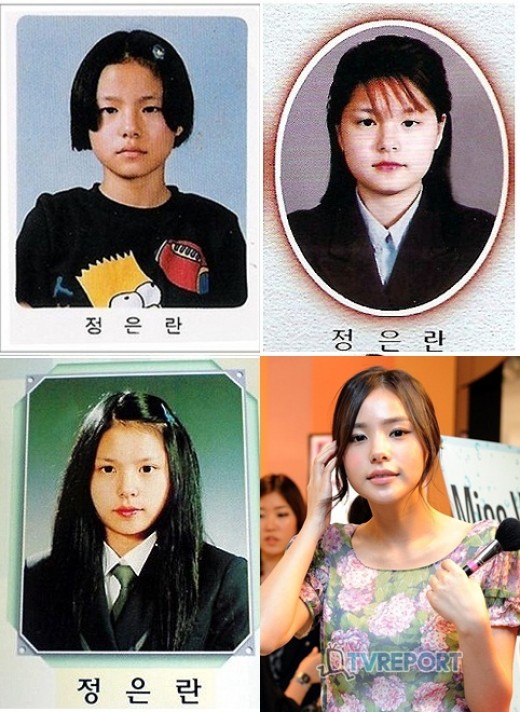 On several online community bulletins her pictures from elementary, middle and high school were revealed on the 5th. In the pictures her name isn't Min Hyo-rin but her real name 'Jeong Eun-ran'.

In the picture, she is plump and cute, looking like a teenager unlike now. Also, her nose, also known as a 'luxury nose' was the same as it is now in the pictures.

Those who have seen the pictures say, "She only lost weight, her nose is the same", "She was pretty from the start", "Her nose really is natural" and more.

Min Hyo-rin confessed she didn't do her nose but had her eyes done and her teeth laminated because her management director suggested it on the SBS TV program "Every Night" on the 4th.

Meanwhile, Min Hyo-rin will show herself in movie "Sunny - 2010" being released on May, 4 and KBS drama "Romance Town" first being broadcast on the 11th this month.

"Min Hyo-rin reveals graduation pictures, "luxury nose, it is natural!""
by HanCinema is licensed under a Creative Commons Attribution-Share Alike 3.0 Unported License.
Based on a work from this source