"Mirror of the Witch" Kwak Si-yang, "I'm nervous about my first historical" 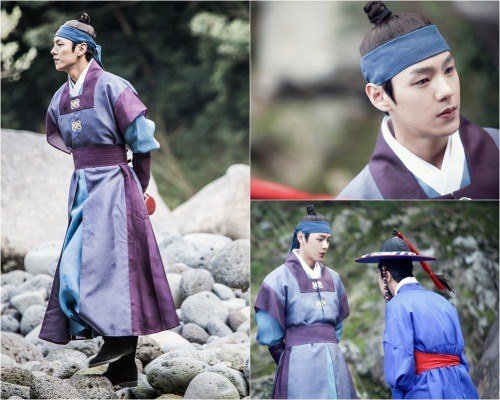 "Mirror of the Witch" Kwak Si-yang is going to become a Joseon version of a "Mother"s friend's son'.

Stills of the new JTBC drama "Mirror of the Witch" were released on April 22nd. Kwak Si-yang takes on the role of Poong-yeon, a caring and sturdy character.

Kwak Si-yang appears in the drama in a Hanbok. His tightly closed lips show he is a determined man but his eyes express lonliness. He goes through a change after Yeon-hee disappears. Like his father, he is kind and caring to Yeon-hee.

Poong-yeon is the son of Choi Hyeon-seo (Lee Sung-jae) and a warrior. He is good looking with a good heart and is an excellent martial arts fighter. He is a man of justice as he can't stand the unjust. He is Yeon-hee's (Kim Sae-ron) only friend but one day opens the Box of Pandora and starts a series of unfortunate events. He puts his life on the line to find Yeon-hee.

Kwak Si-yang said, "I am nervous about my first attempt but it's fun working with the director and staff".

According to sources from the set, Kwak Si-yang has been showing a steady performance in being Poong-yeon. Kwak Si-yang's efforts have made Poong-yeon a dimensional character.

"Mirror of the Witch" is a fantasy historical drama about an unfortunate princess who becomes a witch with a frozen heart and Heo Joon's passionate youth.

""Mirror of the Witch" Kwak Si-yang, "I'm nervous about my first historical""
by HanCinema is licensed under a Creative Commons Attribution-Share Alike 3.0 Unported License.
Based on a work from this source