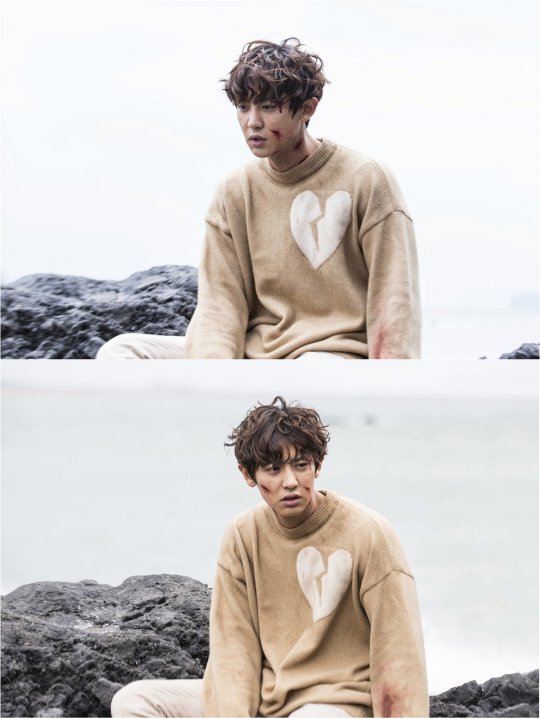 Chanyeol is covered in bruises.

The new MBC drama "Missing 9" is the survival story of 9 people stranded on a deserted island in a plane crash and depicts the various instincts of humans and the various conflicts and interests of society. The story is based on the sole survivor Baek Jin-hee (Ra Bong-hee) and seeks to unravel the truth as to what really happened.

Chanyeol takes the part of Lee Yeol, a singer and songwriter as well as a member of the group with Jung Kyung-ho (Seo Joon-ho) and Choi Tae-joon (Choi Tae-ho). His friendliness allows him to search for a way that everyone can survive on the island.

However, Chanyeol seems to be covered in bruises in the photos. His inexpressive face also shows the trouble he's been through on the island.

Chanyeol is possibly the only one who didn't lose hope on the island so his current state is shocking. What happened to him and what is the secret to survival on a deserted island?

Chanyeol has been doing his best to depict a person who has been through a sudden accident.

""Missing 9" Chanyeol covered in bruises but still handsome "
by HanCinema is licensed under a Creative Commons Attribution-Share Alike 3.0 Unported License.
Based on a work from this source