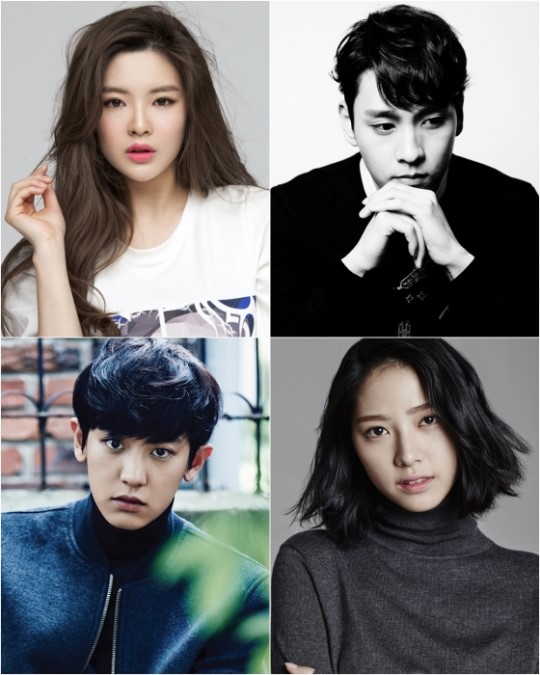 EXO's Chanyeol and actors Lee Sun-bin, Choi Tae-joon and Ryu Won have been confirmed for the upcoming drama, "Missing 9".

Chanyeol will play the role of Lee Yeol, who is a part of Jung Kyung-ho's group.

Lee Sun-bin will play the role of top-class actress Ha Ji-ah. Lee debuted in 2014 and has been making many appearances in various drama and TV shows. Many viewers are curious how she will play out her role in this drama.

Choi Tae-joon will play the role of Choi Tae-ho, an ex-member of Jung Kyung-ho's group who took up acting after leaving.

""Missing 9" Confirms Casting of EXO Chanyeol, Lee Sun-bin, Choi Tae-joon, Ryu Won "
by HanCinema is licensed under a Creative Commons Attribution-Share Alike 3.0 Unported License.
Based on a work from this source