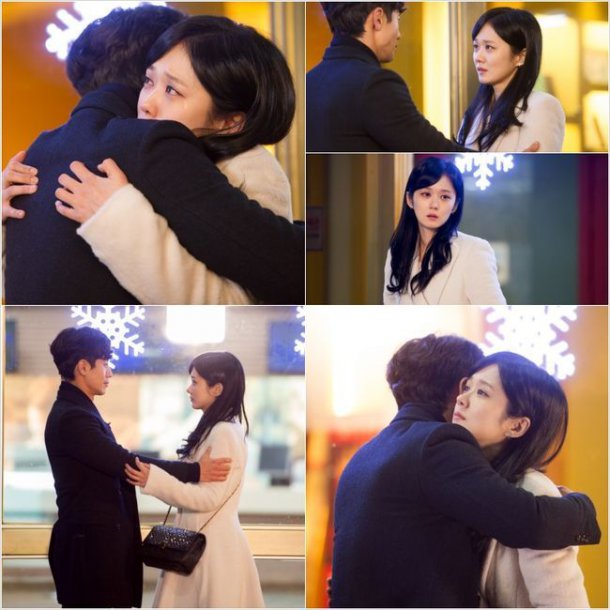 Actress Jang Nara was on standby for 24 hours during the filming of "Mister Baek".

Her agency claimed, "Jang Nara tries so hard to stay on Eun Ha-soo's line of emotion and keep her mind on her as much as she can despite her tight schedule".

Pictures released on the 17th show Eun Ha-soo (Jang Nara) waiting for Choi Sin-hyeong (Shin Ha-kyun). After he got suddenly disconnected, Eun Ha-soo remembers he is in an emergency situation and gets anxious waiting for him while crouched on the ground. Choi Sin-hyeong arrives at the scene later with a red nose and shows his affection for Eun Ha-soo. She cries tears of relief in his arms.

The scene was taken someplace in Seoul recently around 8PM. The streets were crowded with people out on a date or on their way to a party. News of Jang Nara's appearance overcrowded the streets with people.

The filming was also stopped in between because of a sudden snow fall. Jang Nara stayed with the staff until the coast was clear, then she showed her motivation for the drama.

Jang Nara's father Joo Ho-sung, who is also an actor, visited the site to support everyone. He had come to see his daughter despite the freezing weather and took pictures with her. He also chatted with her in the little time that he was there.

Meanwhile, the twelfth episode of the drama shows Eun Ha-soo reuniting with Choi Sin-hyeong after the break up and seeing his wish note. She gets surprised at the note that says, "I wish I can leave without hurting anyone".

""Mister Baek" Jang Nara on standby for 24 hours"
by HanCinema is licensed under a Creative Commons Attribution-Share Alike 3.0 Unported License.
Based on a work from this source