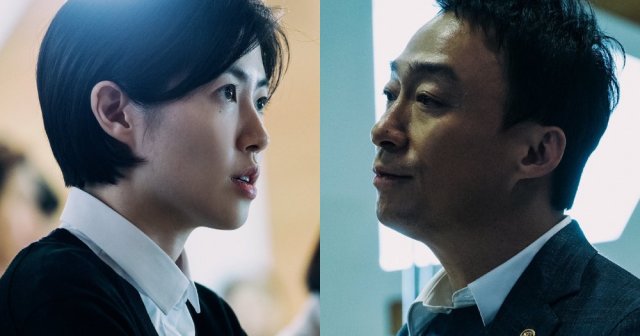 "Money Game", which begins on the 15th this month, is about the breathtaking struggle of those who try to prevent a national tragedy amid the biggest financial scandal, in which the fate of the Republic of Korea is at stake and there is a sharp conflict of beliefs.

Lee Sung-min takes on the role of Heo Jae, the Deputy Chairman of the Financial Services Commission, a very ambitious man who will do anything for what he strives for. Shim Eun-kyung plays Lee Hye-joon, a righteous rookie deputy director who goes to public office with little money and no back-up, only spirit and effort.

The stills attached show Lee Sung-min and Shim Eun-kyung having their first encounter as lecturer and trainee. Despite the gap in their social statuses, there is a thin line of tension between them.

The way she glares at Lee Sung-min is nearly vicious, while other trainees are watching them with their breaths held back.

In the press conference of "Money Game", PD Kim Sang-ho-I had said, "The characters in the drama represent different age levels of 20s, 40s and 50s and they all have factors that each other don't understand. "Money Game" is about intergenerational conflict and the economy". The drama begins on the 15th at 9:30PM. 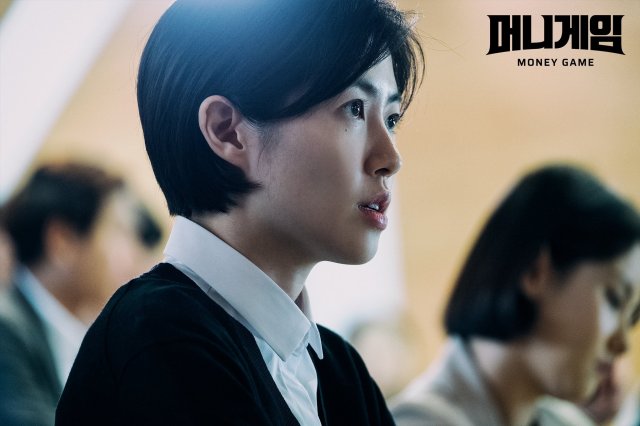 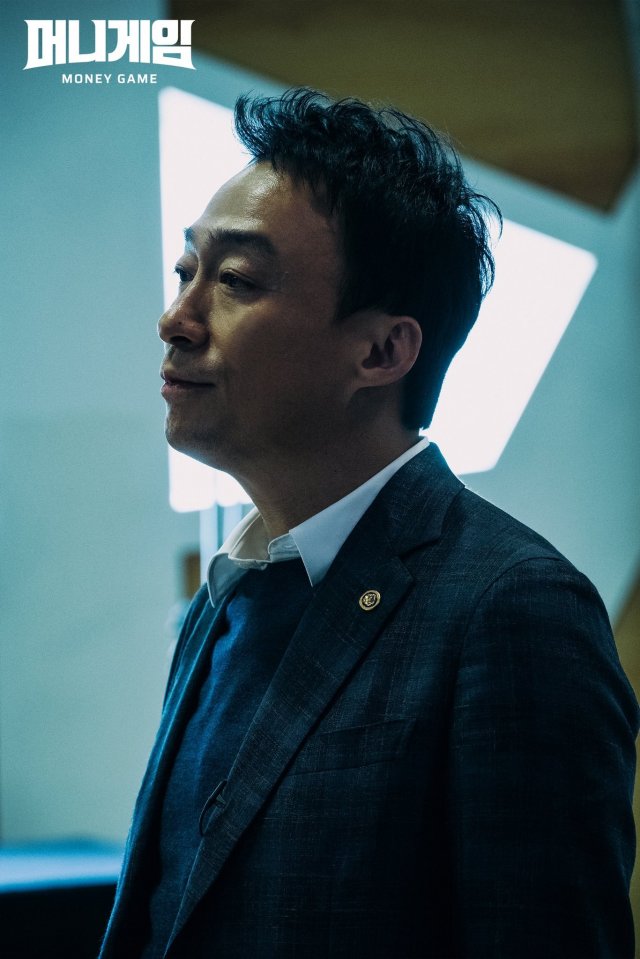 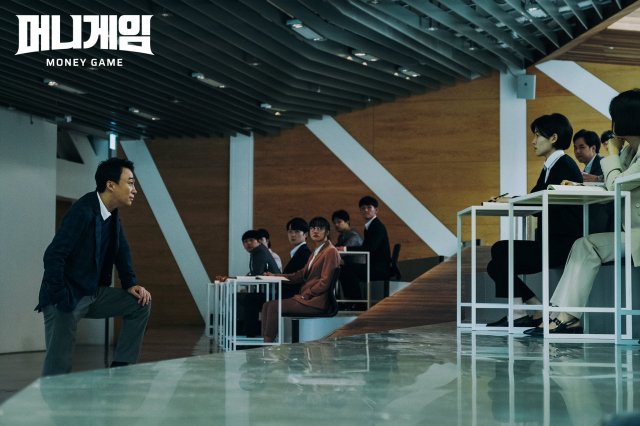 ""Money Game" Lee Sung-min VS Shim Eun-kyung, First Encounter"
by HanCinema is licensed under a Creative Commons Attribution-Share Alike 3.0 Unported License.
Based on a work from this source