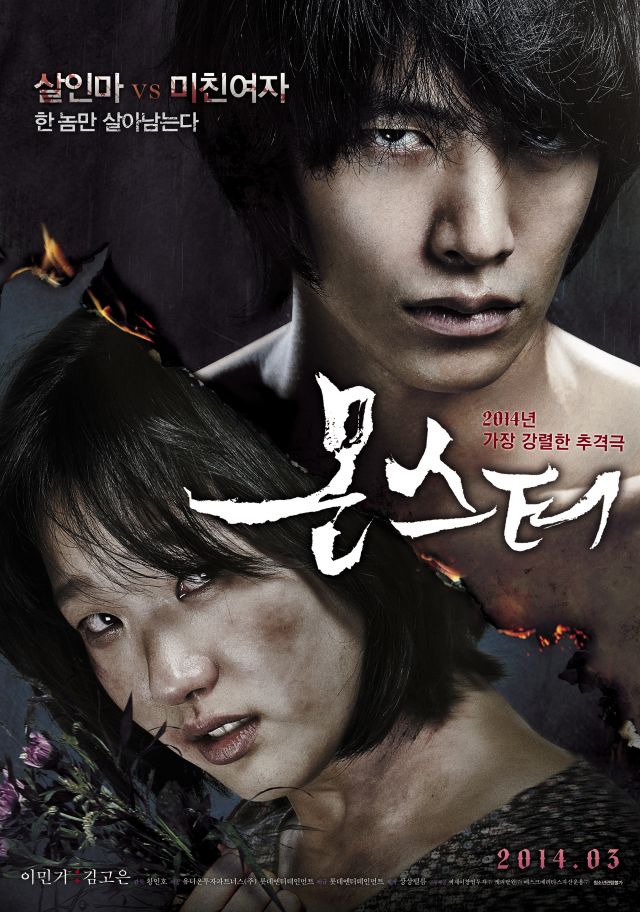 Synopsis: Bok-soon is slightly lacking in intelligence, but is a brave and bright young woman. She has one younger sister whom she loves more than life itself. One day, her sister gets killed by Tae-soo, a heartless murderer. Later, Bok-soon joins Na-ri, another girl who is being chased by the killer, and goes after Tae-soo for revenge.

"Monster - Movie"
by HanCinema is licensed under a Creative Commons Attribution-Share Alike 3.0 Unported License.
Based on a work from this source