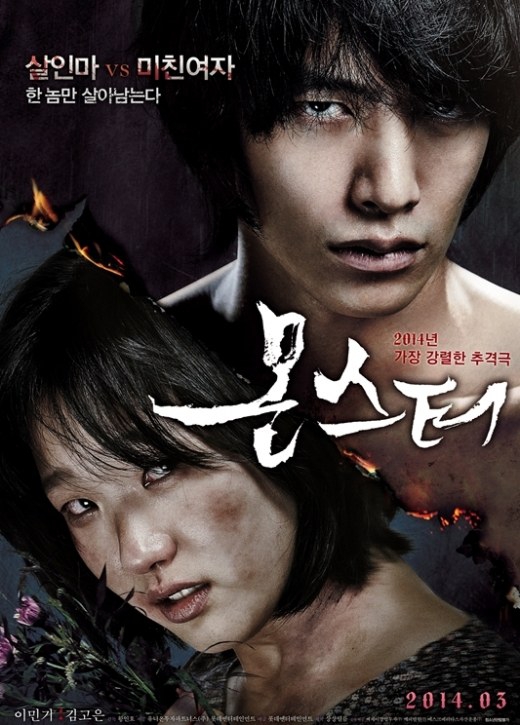 The production premiere of the movie "Monster - Movie" at the Lotte Cinema in Seoul happened on the 13th with Lee Min-ki and Kim Go-eun.

Lee Min-ki said, "It would've been better if I didn't meet Kim Go-eun in this movie. I was a fan since "A Muse". Now I see her as crazy woman named Bok-soon and I'm scared".

Kim Go-eun talked about Lee Min-ki and said, "His passion is amazing. There were a lot of tough scenes but he never showed signs of being tired or annoyed. He laughed when he was hit during a scene even though it hurt him".

Netizens say, "I can't wait to see Lee Min-ki and Kim Go-eun together", "I like them both", "I am going to watch "Monster - Movie", and more.

"Monster - Movie" is the thrilling movie about a murderer named Tae-soo (Lee Min-ki) who is chased down by a crazy woman named Bok-soon (Kim Go-eun) who lost her precious sister to him. 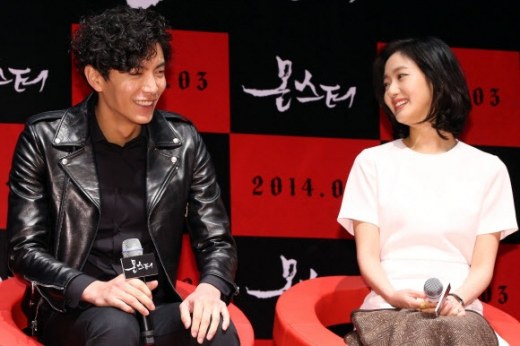 ""Monster - Movie" Lee Min-ki and Kim Go-eun"
by HanCinema is licensed under a Creative Commons Attribution-Share Alike 3.0 Unported License.
Based on a work from this source