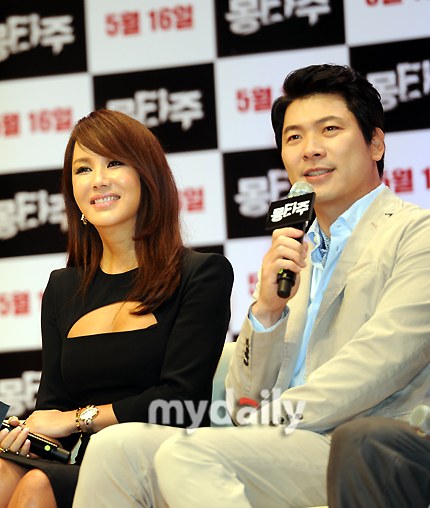 At the special showcase of the movie "Montage", he said, "Actors investigate about their partners before they start working together".

About Eom he said, "She's tough and very easy to get along with. Some actresses can be picky but I think she's alright".

"She buys me drinks often and even the staff are friendly with her and treat her like a sister".

"Montage" is a movie of victims who have lost their daughters and granddaughters to a serial killer moving for revenge 15 years later when a similar case occurs. To be released on the 16th of May.

""Montage" Kim Sang-kyung reveals Uhm Jung-hwa's real personality"
by HanCinema is licensed under a Creative Commons Attribution-Share Alike 3.0 Unported License.
Based on a work from this source