Moon Geun-young: 'I Do Not Think That I Return to My Previous Image' 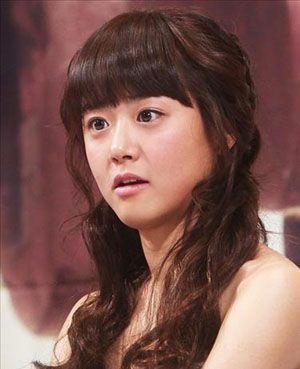 Moon will play the female protagonist named Wi Mary who gets married twice in KBS's new Monday and Tuesday drama "Marry Me, Mary!" The character Mary represents the people in the so-called "880,000 won generation", who have to live life with only a small income. She had to take time off from university because she could not pay for the tuition, and she worked at a variety of occupations in temporary positions. But she never lost hope while living a difficult life. The optimistic and cheerful character Mary is contrasted to the cold and selfish character Eun Jo, whom Moon played in her previous drama "Cinderella's Sister".

Moon Geun-young participated in the production presentation held at the Imperial Palace Hotel on November 3, and said with conviction, "I do not think that I am returning to my previous image. Many people might think, 'Moon is playing a cute and lovely character again', but I never intended to play the same character with the same image as I had before. This time again, I also regard it as a new trial to expand the boundary of my acting in the drama, like the time when I played Eun Jo. Actually I had decided to play Eun Jo in the previous drama "Cinderella"s Sister' not because I had wanted to be free from my previous image, but because I wanted to play a new character. I just wanted to play more diverse characters, but I found out that many people did not think that I would try new acting and rather thought that I wanted to abandon my previous image. But I do not mind how people think. I want to do something because of my own beliefs. I am only worried about how I can play this attractive and charming character for fun. I want to become an actress whom many directors, producers, writers, and actors want to work with together. I will make them think, 'I want to work with the actress Moon Geun-young'." 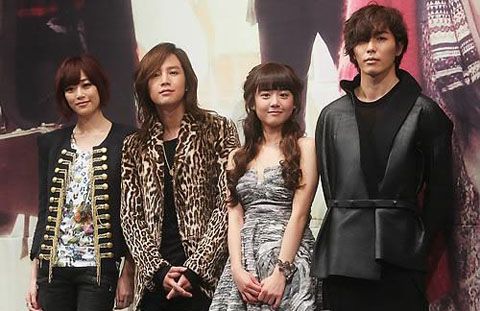 The romantic comedy drama "Marry Me, Mary!" was an original web cartoon written by Won Soo Yeon, who had also written the cartoon "Full House", which had been made into a drama and gained a huge popularity in 2004. It will tell the story of four youngsters who are agonizing about their dreams and loves by presenting a "simulated married life". Moon Geun-young pointed out her counterpart Jang Keun-suk as the reason for her decision to appear in the drama. She said, "The story and the script was very attractive, but I wanted to appear in the drama more after finding out Jang will play my counterpart. I have always wanted to act together with him, and I thought that it would be more interesting if I filmed this sweet and exciting drama with him. Since we are the same age and we have experienced the same situation as child actors, we could comfortably act from the first shoot. In particular, Jang Keun-suk is a very thoughtful person, and the filming itself is very exciting".

In the drama, Mary has to marry to a son from a rich family named Jeong In (Kim Jae-wook) on paper by her father's urging simply to get out of debt, but Mary goes through a fake wedding with Moo Geol (Jang Keun-suk), who is a leader of an indie band, to dissuade her father. By being asked about her thoughts on marriage, Moon answered that she would not marry at all if she could not marry by the age of 25. She said, "I actually want to get married between the age of 24 and 25 because I want to marry when I look most beautiful. But it might be a difficult goal. If I can meet a perfect man within this year, it could be possible, but if I cannot get married until I become 25 years old, I would rather not marry. I sometimes think that I want to live a free life alone as a single". She has been busy continuously transforming into new characters during appearances in the drama "Cinderella's Sister" and in the theater work "Closer" without taking a break. She explained, "I appeared in many works this year because acting itself was so enjoyable. Even before the drama "Cinderella"s Sister' ended, I began to feel like appearing in the next work because I really enjoyed acting in "Cinderella"s Sister'. Even though there had been many difficult times while acting, I could learn something from those difficult situations and ended up thinking that acting is really interesting. I love acting itself now, and I want to try many different things in the future". 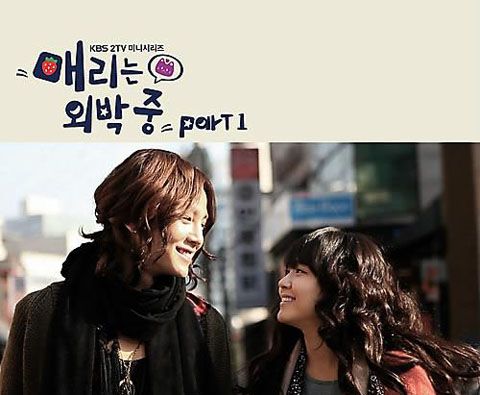 Moon Geun-young also gave warm advice to the junior actress Go Ah-sung, who has been caught up in a controversy by being accepted by Sungkyunkwan University through nonscheduled admission. When Moon entered Sungkyunkwan University in 2006 through a special screening process, she also had taken criticism that she had received preferential treatment. She confessed, "I did not do anything wrong or shameful, but I had gone through a hard time because I had been criticized by people as if I had done something wrong and it was all because of the fact that I am a celebrity. It was so hard to endure that I even felt guilty about my honorable behavior. As time goes by, I began to think that I could be honorable and should not have hurt feelings if I am honorable and do nothing wrong regardless of people's criticism or praise. I want Ko Ah Sung not to be tormented by people's comments as long as she can be confident". She also talked about difficulties as an actress. She said, "People only look at what they can see, and decide what is wrong and right too easily. Many people usually think that entertainers can earn money easily and live a better life, but actually there are also many difficulties which they cannot see, and we sometimes have to take great pains to do our jobs".

In addition, Moon Geun-young delivered her happy feelings about acting in the drama "Marry Me, Mary!" because she could act with other cast members who are around the same age. She said, "I feel refreshed and exciting because I play a bright character who expresses her feelings".

She added, "People who liked the original cartoon either feel sorry about the different characters or feel better about this different setting. This drama is not simply about love between young people, and it deals with the topic of marriage, so I think that more people from different age group might be able to enjoy this drama". The drama "Marry Me, Mary!", which is a follow-up drama to "Sungkyunkwan Scandal", will begin airing from November 8 and will be broadcast every Monday and Tuesday night at 10pm.

"Moon Geun-young: 'I Do Not Think That I Return to My Previous Image'"
by HanCinema is licensed under a Creative Commons Attribution-Share Alike 3.0 Unported License.
Based on a work from this source