Moon Geun-young and others shoot charity spread for Vogue 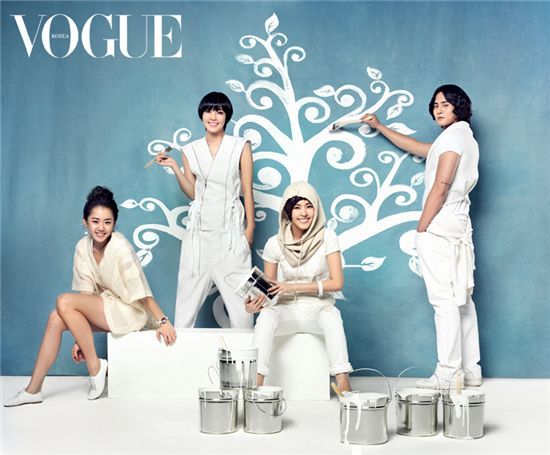 A handful of Korean celebrities -- including top actresses Kim So-yeon and Moon Geun-young -- have come together to shoot a charity photo spread for fashion magazine Vogue Korea, according to their agency on Monday.

Seven notable actors -- including Jeon Hye-bin, Jo Dong-hyuk, Kim Kang-woo, Lee Kyu-han and Lee Yoon-ji -- who are all managed by entertainment agency Namoo Actors, took part in a photo shoot for the February issue of Vogue to promote the "Love Tree Project".

"Love Tree Project" raises funds from a charity music album recorded by Namoo artists for underprivileged children who cannot afford medical treatment when they need it.

Besides having their famous faces photographed for a good cause, the stars also shared their personal thoughts about doing good deeds.

"Doing charity work receives publicity when a public figure does it", actress Kim So-yeon explained about the social responsibility of being a celebrity. "And when I heard that is the role of a celebrity, my perspective about sharing changed". The "IRIS" actress has reportedly participated in such charity projects with her agency for the past four years.

"Charity is not something that only certain people can do", actor Kim Kang-woo was quoted as saying. "You can donate not only money but also your talent. I'm still thinking what my talent is that I can share with others".

Actor Jo Dong-hyuk recommended, "It's better to give hands-on help rather than just send money. It feels more real". 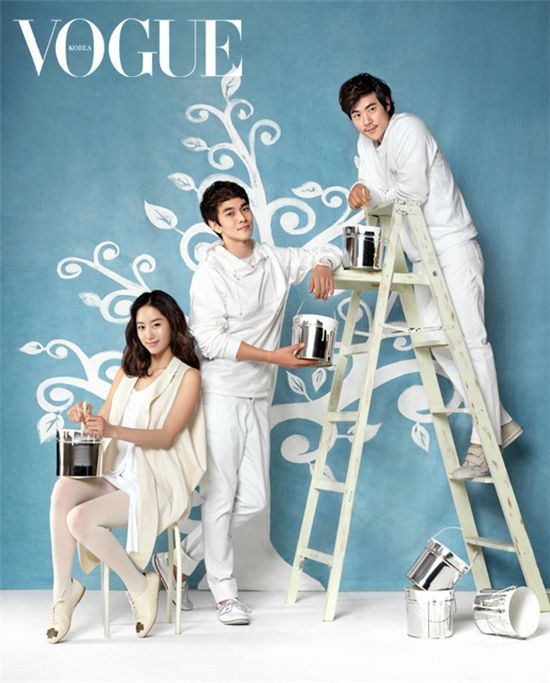 "Moon Geun-young and others shoot charity spread for Vogue"
by HanCinema is licensed under a Creative Commons Attribution-Share Alike 3.0 Unported License.
Based on a work from this source