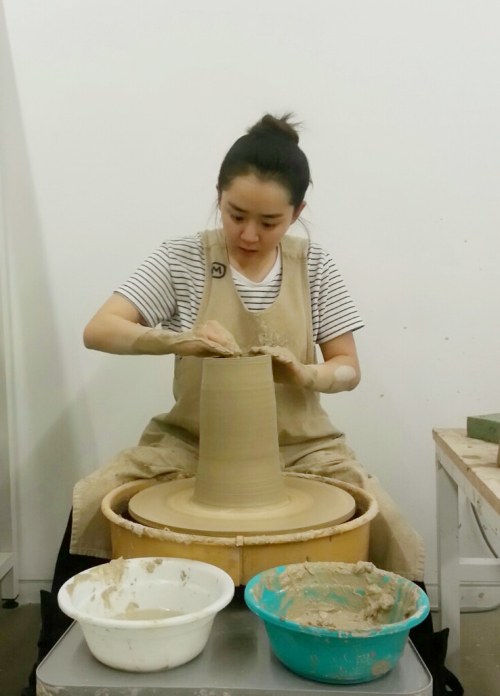 The new MBC drama "Goddess Of Fire Jeongi" is taking care of everything from cast to props to live up to the name of being a 'well-made drama'.

With the first broadcast just around the corner, on the 1st of July, Moon Geun-young and Park Gun-hyung have been busy with pottery lessons in theory and practically. It is also known that the drama will be using the pottery of the potter Han Il-sang as props.

"Goddess Of Fire Jeongi" is based on the first female potter of the 16th century and her life's story. The subjects of pottery, restoration and potters has been introduced in dramas for the first time in Korean drama history so it should induce the interests of many viewers. The background of the drama which is the Chosun Times, seems simple and normal but it's not an overstatement to say that the ample white porcelain is the fruit of that culture.

Japan didn't know the techniques to making pottery back then and they did come across a revolutionary stage in pottery when they took most of the Chosun potters over to their side but "Goddess Of Fire Jeongi" has significance in the sense that this drama sheds new light in the culture of Korean pottery.

Feeling a big load of responsibility, the cast and the staff are doing their best to show the better of everything.

Moon Geun-young and Park Gun-hyung have been studying the theory of potter and practicing pottery making at an academy. They have become so good that they are actually capable of making a pot of their own.

Even the staff have chosen the method of using Han Il-sang's pottery work in the drama to upgrade the quality of the drama. Han Il-sang is a potter who started his work in 1974 and has climbed up to the position of a renowned general and director of Dopyeongyo.

Dopyeongyo is an exhibition hall as well as a work place which is home to the most priceless pieces of pottery and keeping the white porcelain alive. Items as rare and precious like these will be revealed in the drama and add joy to the eyes of the viewers.

Han Il-sang claims, "Many are forgetting the traditions of pottery but I hope this drama is a chance for everyone to rethink about it".

"Goddess Of Fire Jeongi" is proving itself to be a 'well-made' drama and not just a faction drama by putting effort into the scientific and cultural art.

Meanwhile, MBC drama "Goddess Of Fire Jeongi" will be seen on the 1st of July after the premier on the 27th this month. 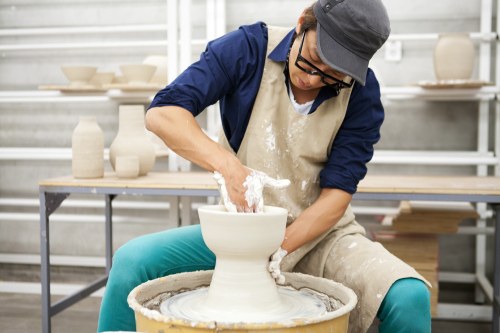 "Moon Geun-young and Park Gun-hyung taking up pottery lessons"
by HanCinema is licensed under a Creative Commons Attribution-Share Alike 3.0 Unported License.
Based on a work from this source