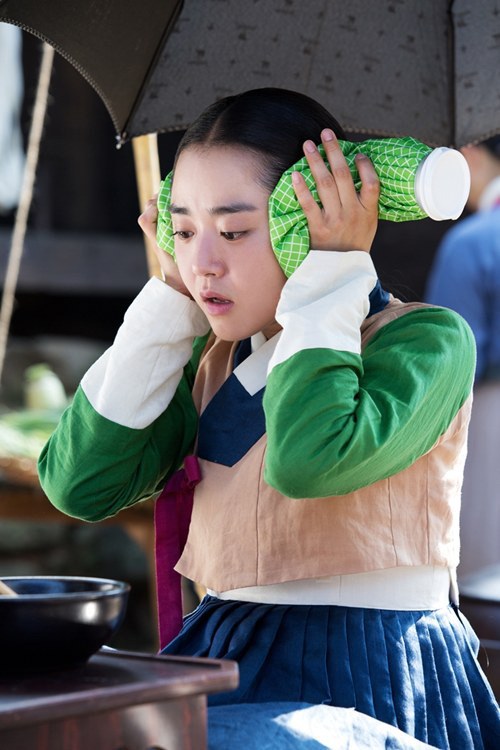 Actress Moon Geun-young cooled herself with some ice.

Pictures of her with ice packs were released on the 18th during a MBC drama "Goddess Of Fire Jeongi" shoot.

Moon Geun-young takes on the role of Yoo-jeong in the drama and is dressed in a Hanbok. She's cooling herself with some ice packs on her face. Moon Geun-young has to wear long sleeved costumes despite the heat for the sake of the drama.

The staff say, "Moon Geun-young has been focusing well on her character despite the steaming weather. "

"Moon Geun-young cools herself with ice pack"
by HanCinema is licensed under a Creative Commons Attribution-Share Alike 3.0 Unported License.
Based on a work from this source