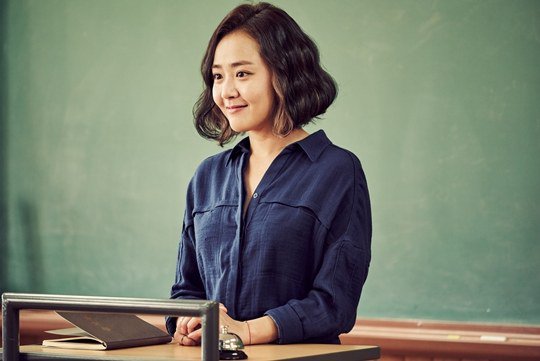 This is the first time in 5 years she's cut her hair since the drama "Cinderella's Sister". However, she says she didn't hesitate for a second as she is excited about her new attempt.

"I am usually interested in suspense so I am quite thrilled for this one. The character of Han So-yoon that I play is very intriguing. I cut by waist-length hair first because I wanted to look ready".

So-yoon is from Canada. She works as an English teacher in the Village of Achiara when one day she comes across a buried dead body.

So-yoon is impassive, according to Moon Geun-young. "I thought if my character was too strong then the flow of the story might disperse. However, I think the case alone stands out thanks to So-yoon's impassiveness. She suits the genre well and I was able to add some color of my own as well".

An SBS official said, "Moon Geun-young appeared with short hair. She cut the hair that she'd grown for such a long time to become Han So-yoon. She's also been constantly asking the director and writers for advice about the drama".

What looks like an ordinary village, peaceful Achiara turns around into chaos when dead bodies buried in the ground are discovered. "The Village: Achiara's Secret" is written by Do Hyeon-jeong and directed by Lee Yong Suk. The first episode can be seen on the 7th of October.

"Moon Geun-young cuts hair for "The Village: Achiara's Secret""
by HanCinema is licensed under a Creative Commons Attribution-Share Alike 3.0 Unported License.
Based on a work from this source