Moon Geun-young, "I have to be honest with myself"

Moon Geun-young was on the cover of "Big Issue".

This was her first magazine photo shoot since her comeback with "Glass Garden" that was the opening film at the 22nd Busan International film Festival and opened in theaters on october 25. She was joined by skilledstaff members who did her hair, and styling.

In the following interview, Moon Geun-young showed much affection for her "Glass Garden".. About director Shin Soo-won, Moon said, "She's a warm hearted person although she doesn't show it".

Earlier this year, Moon Geun-young underwent four surgeries because of an acute form of compartment syndrome. She says that she is almost fully recovered and she's thankful to those who worried about her. She realizes she has to be honest with herself.

About being an actress, Moon said, "I want to be an actress who understands as much as possible and never embarrassing myself. Even if I do make a mistake, I want to be someone who can be embarrassed about it". 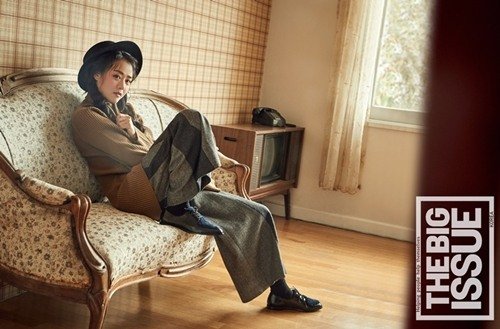 "Moon Geun-young, "I have to be honest with myself""
by HanCinema is licensed under a Creative Commons Attribution-Share Alike 3.0 Unported License.
Based on a work from this source