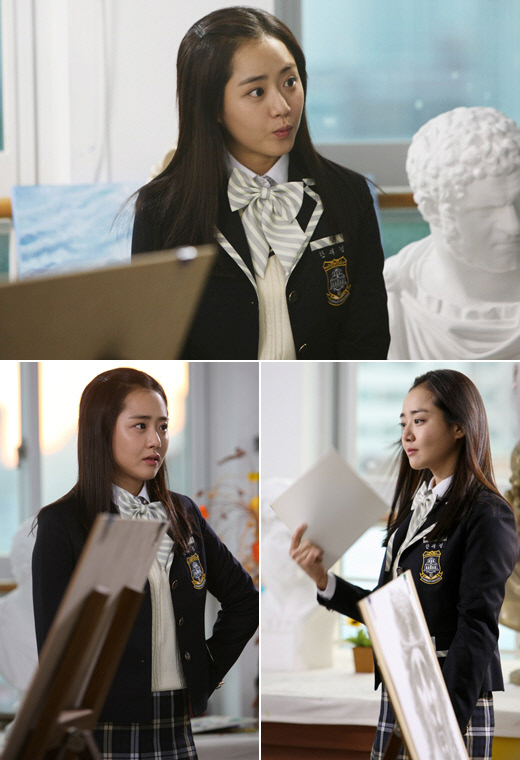 Actress Moon Geun-young is the best looking actress in a uniform.

Moon comes back for the first time in 2 years with the SBS drama "Cheongdam-dong Alice" in which she is Han Se-kyeong, a rookie designer and assistant to a madam.

She is about to appear in the scene of her reminiscing about the past in uniform. This scene took place in an art school in Seoul and Moon appeared with a dark toned uniform jacket with a striped ribbon. Her straight hair was partly held back with a pin.

She boldly said to her friend, Yoon-joo played by So Yi-hyun, "You took my boyfriend and asked him to draw for you but you still lost to me" and created tension. They didn't hesitate to quarrel and even when the director said "Cut" they insisted they went again.

The production members say, "Moon is the only actress who looks that good in a uniform and that's thanks to her self-managing skills. This can be seen through the way she looks and she's a professional".

Meanwhile, "Cheongdam-dong Alice" is about a project to become a Cheongdam-dong daughter-in-law from being a common woman and it is going to be aired on the 1st of December.

"Moon Geun-young in uniform"
by HanCinema is licensed under a Creative Commons Attribution-Share Alike 3.0 Unported License.
Based on a work from this source