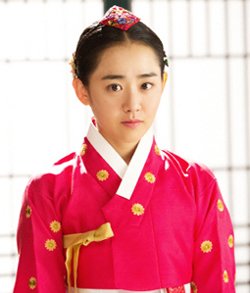 Moon Geun-young was injured while filming the historical drama "Goddess Of Fire Jeongi" for MBC in Yongin, Gyeonggi Province on Wednesday night when some audio equipment fell on her, striking her in the face. The accident caused production of the drama to come to a halt.

According to MBC and her management agency on Sunday, the actress sustained bruises around the eyes and some cuts.

She is now resting at home and will decide whether to resume filming the drama after undergoing medical examinations on Monday, the agency said.

"Moon Geun-young Injured on Set of MBC Drama"
by HanCinema is licensed under a Creative Commons Attribution-Share Alike 3.0 Unported License.
Based on a work from this source