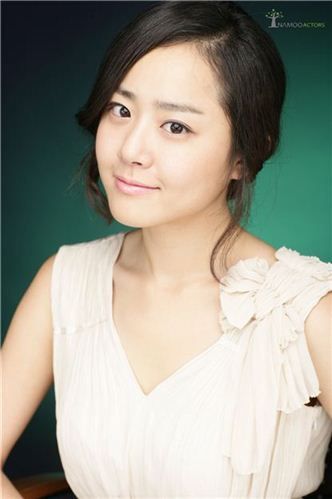 Ytree announced through a press release that the 23-year-old starlet will take on the role of the shameless and optimistic Mary in the drama based on comic "Marry Me, Mary!" by famed cartoon writer Won Soo-yeon.

"Marry Me, Mary!" will be a romantic comedy which revolves around Mary who makes realizations about love and herself while being in two fake marriages for 100 days -- to Moo-kyul, a hippie and Indie band lead vocalist who has nothing, and Jung-in, a man who has everything including the brains, looks and wealth.

"'Marry Me, Mary!' is brilliant in terms of its material and plot but is also fun and appealing because of its unique characters", Moon said. "I feel pressured because simulated marriage is a topic which has never been handled in dramas before but I'm also excited and nervous about how I'll show it".

Just last week, Jang had confirmed he had been cast for the role of Moo-kyul in the drama set to air starting November, after series "Sungkyunkwan Scandal" ends its run.

Moon, currently starring in play "Closer" as Alice, the role of a stripper taken on by Natalie Portman in the movie version, last appeared on the popular small screen show "Cinderella's Sister" five months ago.

Moon, with already 10 years of acting experience under her belt, has appeared in numerous films and dramas including "Autumn in my Heart" and "My Little Bride".

She also won the grand prize at major broadcaster SBS' year-end Acting Awards last year for her role as a talented painter in drama "Painter of the Wind" which has received several international acclaims.