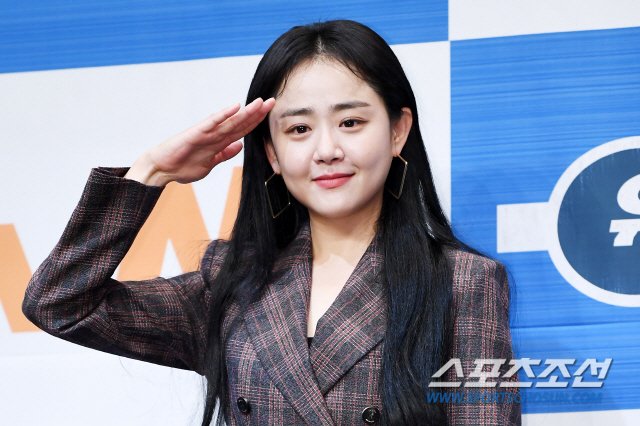 Moon Geun-young poses at a press junket for her new TV series in Seoul on Monday.

Actress Moon Geun-young has returned to the small screen for the first time in four years with a new TV series on cable channel tvN.

She plays a dual role of a rookie police officer and her twin sister with autism in "Catch the Ghost", which began airing on Monday.

"It's my first drama in about four years. I was eager to return to TV", she said.

"In those absent years, I've gone through changes on the inside and in my acting style. Those changes may be visible through the new drama, so I am a bit worried and excited at the same time. I hope viewers just enjoy it", she added.

"Catch the Ghost" is a cop comedy revolving around subway police officers going after a serial killer targeting subway passengers.

"Moon Geun-young Returns to Small Screen in Cop Comedy"
by HanCinema is licensed under a Creative Commons Attribution-Share Alike 3.0 Unported License.
Based on a work from this source