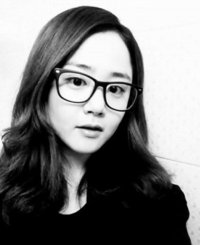 Actress Moon Geun-young, 21, will return to the television screen with the epic drama "The Painter of Wind".

Returning to TV screens after five years, she will play the lead role of Sin Yun-bok, a painter who disguises herself as a man. Sin Yun-bok is a painter who lived during the Joseon Kingdom (1392-1910) and was known for realistic and delicate depictions of daily life.

The painter was known as a male, but a fictional historical novel "The Painter of Wind", written by Lee Jung-myeong and published in 2007, raised the question of whether Sin might be a woman dressed as a man.

"When I first read the novel, I just thought it was a story about the genius painters Kim Hong-do and Sin Yun-bok. However, I realized that there might be more secrets hidden in the drawings and I couldn't put the book down", Moon said in a press release.

The drama will explore the life of this genius artist and mysteries hidden in the paintings. Other characters, such as the teacher and rival of Sin, Kim Hong-do, have not been cast yet. With plans to start shooting in March, "The Painter of Wind" will be aired in the second half of the year on SBS.

Affectionately called as "the nation's little sister", Moon started modeling at the age of 12 and appeared in the docudrama "On the Way" (1999) the following year. Her major breakthrough as a star was the horror film "A Tale of Two Sisters" (2003) directed by Kim Jee-woon. Later, she starred in such hit films as "My Little Bride" in 2004 and "Innocent Steps" in 2005.

However, because she started as a child actor, her transition to an adult actor was not very successful. Her last appearance in the movie "Love Me Not" (2006) received mixed reviews.

She is currently a student majoring in Korean Language and Literature at Sungkyunkwan University in Seoul.

"Moon Geun-young Returns to TV Screen"
by HanCinema is licensed under a Creative Commons Attribution-Share Alike 3.0 Unported License.
Based on a work from this source