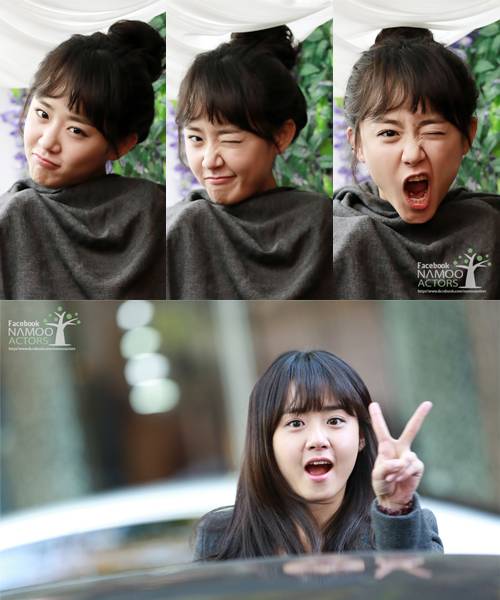 Her agency Nam Actors posted pictures of the actress on their official Facebook.

The pictures show Moon playing with the camera during break time. Her cuteness can be seen all over this picture. She is covered in a blanket and hunched up because of the cold but she started making faces right away when the camera got close to her.

Netizen's say, "She is pretty and cute", "I want to watch "Cheongdam-dong Alice" quickly" and more.

Meanwhile, Moon Geun-young, Park Si-hoo, So Yi-hyun, Kim Ji-suk, Namgoong Min and others are currently in the making of the drama "Cheongdam-dong Alice" which is to be aired on the 1st of December.

"Moon Geun-young's 3 stage expressions "
by HanCinema is licensed under a Creative Commons Attribution-Share Alike 3.0 Unported License.
Based on a work from this source