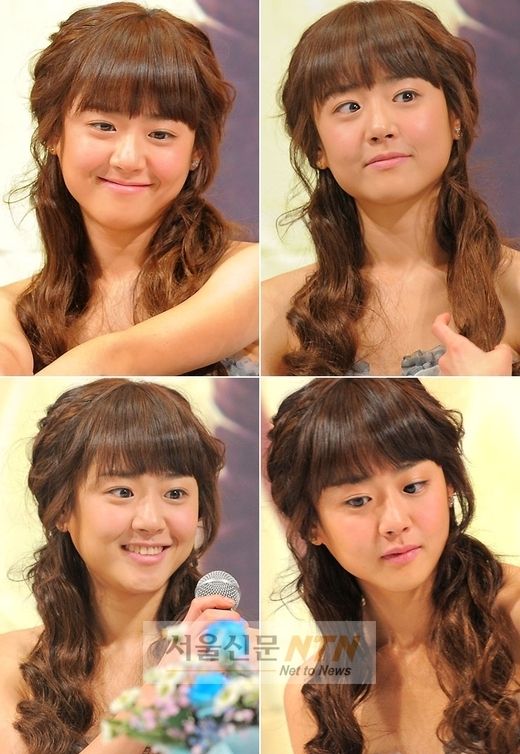 Actress Moon Geun-young appeared with feminine and cute look in drama 'Marry Me, Mary!' production showcase, which was held in Seoul Imperial Palace Hotel on the 3rd.

Her new long wave hairstyle matched well with her round eyes, blushed cheeks and bright smile.

Especially, off-shoulder mini dress that she wore was emphasizing more of loveliness of her than arrogance.

Moon Geun-young's new drama, 'Marry Me, Mary!', tells about the young people's love and dreams, and will be on air from November 8th.

"Moon Geun-young's lively smile in prodution showcase...She is a 'Lovely Girl'"
by HanCinema is licensed under a Creative Commons Attribution-Share Alike 3.0 Unported License.
Based on a work from this source