Moon Geun-young's love for her script 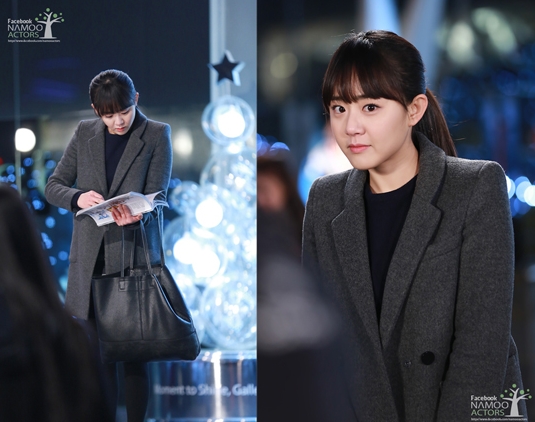 Moon Geun-young won't let down her script from her hands even in this weather.

Moon Geun-young who is currently starring in the SBS weekend drama "Cheongdam-dong Alice", representing the 20s of the 2030 generation is reading her script even in the cold winds.

Her hands are red from the cold but she is holding on tight to her script. Apparently she always carries around her script everywhere and reads it whenever she can and practices with whomever she can as well.

In another close-up picture is Moon looking much more feminine than before and her clear skin with light make-up emphasizes her innocent beauty.

Meanwhile, "Cheongdam-dong Alice" has been keeping a steady reputation since the beginning.

"Moon Geun-young's love for her script"
by HanCinema is licensed under a Creative Commons Attribution-Share Alike 3.0 Unported License.
Based on a work from this source