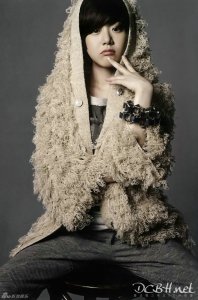 The anonymous donor of W850 million (US$1=W1,392) over the last six years to the Community Chest of Korea stands revealed as 21-year-old actress Moon Geun-young.

The Community Chest of Korea on Thursday said the actress denied online rumors that she was the donor, but her agency okayed the disclosure, so the organization decided to make it public.

Since Nov. 2003, Moon has been donating all or part of her earnings from commercials, films and soap operas. Her donations were used to build children's libraries and subsidize hospital costs for children suffering from leukemia or cancer. Apart from the Community Chest of Korea, Moon has also given several hundred millions of won to scholarship foundations.

Namoo Actors, Moon's agency, said, "For Moon's family, charity seems a natural part of life rather than a special event. Because she has always made the donations with her mother, not through the agency, we do not know how much she has given".

Moon made her debut in the movie "On the Way" in 1999, and became a child star as the heroine of mega-hit soap opera "Autumn in my Heart" in 2000. She was nicknamed the "nation's little sister" as she gained popularity through the movie "A Tale of Two Sisters" in 2003, and "My Little Bride" in 2004. Currently, she plays Chosun-era artist Shin Yoon-bok in the TV soap "Painter of the Wind".