Moon Geun-young says she has been in love 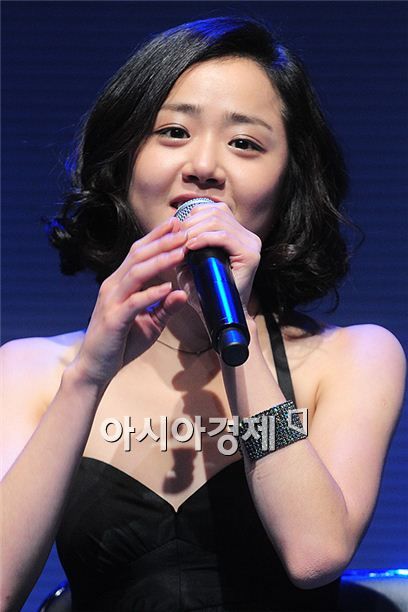 Korean actress Moon Geun-young has confessed that she has been in love before.

Speaking to reporters on Tuesday during a press call for play "Closer" in which she takes on the role of strip dancer Alice, the former 'nation's little sister' remarked, "It's not like I haven't ever loved someone before, it's just that I haven't talked about it".

She also said she did not mind having to exchange dialogue containing sexual and provocative terms with her co-actors for the play. "I'm 23 now so I know more than I used to so I didn't feel much pressure", Moon explained.

Moon, who debuted at the young age of 12, had for long attempted at shedding herself of the image as a child actor solidified through roles in hit films "My Little Bride" (2004) and "Innocent Steps" (2005).

Her efforts have paid off -- she won the grand prize at major broadcaster SBS' year-end Acting Awards last year for her role as a talented painter in drama "Painter of the Wind" which has received several international acclaims and her latest series "Cinderella's Sister" topped TV ratings charts during its 20-episode run earlier this year.

She will be amongst a string of actors from her agency Namoo Actors who will be taking part in a series of overseas plays jointly produced in Korea by Namoo, Aga and CJ Entertainment.

"Closer", which premiered in London in 1997 and made a North American debut on Broadway two years later, has been translated into some 30 languages and shown in over 100 cities around the world.

The show started showing in Korea on August 6 and will run until October 10 at the Art One Theater in Seoul.

"Moon Geun-young says she has been in love"
by HanCinema is licensed under a Creative Commons Attribution-Share Alike 3.0 Unported License.
Based on a work from this source